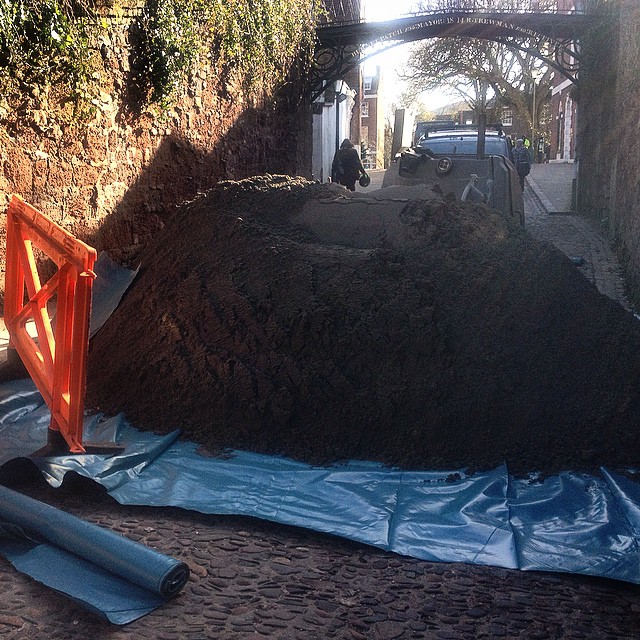 The book sits quietly for a moment, slurps the last of its coffee, then storms out of the kitchen, slamming the door behind it.

‘That went well,’ I say to the empty room.

Later, while I am packing my bag, the book sidles in without knocking. ‘So where are going?’ it says. ‘Anywhere I know? Anyone I like?’

‘It’s nothing personal,’ I say. ‘I just need a break.’ I look around the room for inspiration. ‘From this,’ I say, unconvincingly.

I look into the book’s eyes for a moment. They are not raw from weeping, but neither are they clear. ‘Yes, from you,’ I murmur.

The book turns its back me and goes to the window, pretending to feign interest in the neighbours pottering in their garden. Still facing the window the book says ‘There isn’t much more to do you know. A section, maybe two. It wouldn’t take more than an afternoon.’

‘Writing another section or two, are you joking?’

The book gives a long sigh. ‘I’m talking about cutting, not adding. You’re so nearly there. You’ve done the worst part. How about it?’

Over the book’s shoulders I can see the neighbours taking a moment to talk, leaning on their spades and smiling. ‘I’ll think about it,’ I say.

‘I look forward to your ideas.’

‘I don’t want any of those. That’s the last thing I want.’

The book gives another sigh. It leaves without saying goodbye.