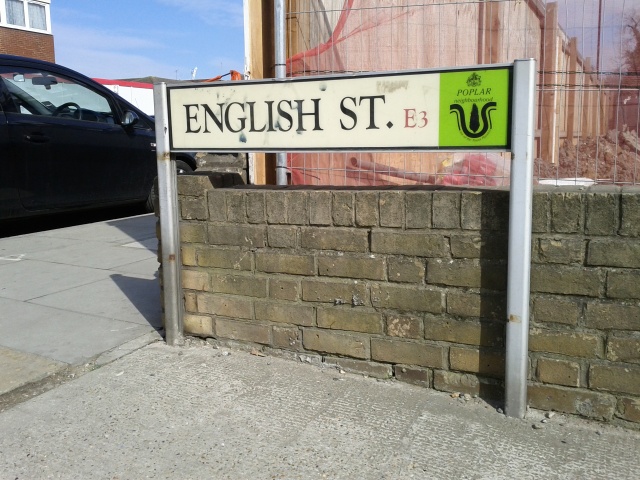 Some time ago I wrote about the importance to me of discovering, through my friend Duncan Kramer, the anthology The Penguin Book of Contemporary British Poetry, edited by Blake Morrison and Andrew Motion (Penguin, 1982).

Debates about the merits or otherwise of this book have raged ever since its publication. Most famously, Seamus Heaney, the book’s main contributor and central figure, composed his Open Letter (Field Day, 1983) to reject the notion of being included in the anthology under British auspices: “Be advised, my passport’s green / No glass of ours was ever raised / To toast The Queen”. To use James Keery’s phrase the anthology is one that some have ‘loyally loathed for twenty years’, on the grounds that its conservatism is indebted to the low-key empiricism of Philip Larkin.

As I have said before, my memory of reading The Penguin Book of Contemporary British Poetry remains an entirely happy one, framed as it was by friendship and social  networks. On the grounds that it is useless to criticise a tin of soup for not being a Labrador, I have to admit to still liking the poems from the book which I liked when I first read them, even though this is now complicated by twenty-seven years worth of reading, including articles such as Keery’s. You cannot know at twenty-one what can only be gained from experience, not least the degree to which you apprehend the fact you know practically nothing.

Therefore, when I first read ‘Coming Home’ I entered it via my own memories of summer holidays on cross-Channel ferries, travelling to see and returning from seeing my mother’s relatives in Switzerland. The bar ‘full of English cigarette smoke’ and ‘language lumpy as a ploughed field’, these are passages I have lived through, not to mention those lonely vigils leaning ‘on the rail’ and wanting to throw up over it.

As a young person from the ‘suburbs’ encountering new poems, I think this is what you do.

Reading it again now I enjoy the relish of those memories, included in which are the memories of first discovering the poem. I enjoy its low-key observations and empirically accumulated detail; I even accept the note of resignation in its final lines, with their knowing and complicit nod to the same in Larkin’s ‘Afternoons’. But I am reminded, too, of Frost’s linkage of homecoming to composing lines of poetry: ‘a poem begins as a lump in the throat, a homesickness, a lovesickness. It finds the thought and the thought finds the words’.

I cannot go back to my twenty-one-year-old self and warn him that there is more to the world of poetry than The Penguin Book of Contemporary British Poetry, edited by Blake Morrison and Andrew Motion. I would like to tell him to remain open to whatever poems come his way, and what is said about them. If I could I would tell him to read (and write) everything he gets his hands on, by whichever means the poems arrive or are recommended. I would tell him not to be afraid, and to follow his nose, for he has nothing to lose, even as he sees his ‘own front door’ ‘as if for the first time’ and considers his commonplace setting, however provincial and small.

The bar is full of English cigarette smoke
and English voices, getting louder
-a language lumpy as a ploughed field.
It’s hard to believe our tongues have got it too.

People are growing drunk at the thought of home.
The sea patiently knits its wide grey sleeve.
No one else comes up to lean on the rail
where, damp and silent we watch

the long white skirts of land drifting
sadly through mist, as if a young girl sat
by the throne still, waiting for a bluebird.
It’s September, and already winter.

And now the toy-sized train
is creeping with its worn-out battery
and a cargo of sandwiches and arguments
over grey-green fields into grey-white suburbs.

We’re playing a game with the streets
-spreading them out and tying them up again;
when they’ve caught us, we’re home.
The lawn blows like a tiny English Channel.

We chug towards our own front door
anxiously, seeing as if for the first time
how tight the plot that locks us in,
how small our parts, how unchosen.

Carol Rumens, from The Penguin Book of  Contemporary British Poetry 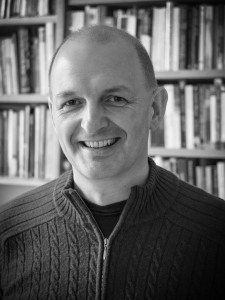 I am a lecturer, poet and writing tutor. I work in teacher and medical education at the University of Exeter. My anthology Lifesaving Poems, based on the blog of the same name, is available from Bloodaxe Books. Love for Now, my memoir of cancer, is published by Impress Books. Deck Shoes, a book of prose memoir and criticism, and The Afterlife, my fifth book of poems, are available now from Impress Books and Worple Press. This blog is archived by the British Library. 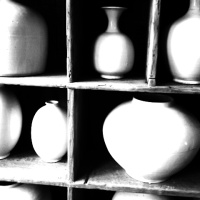 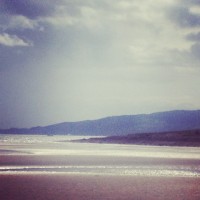 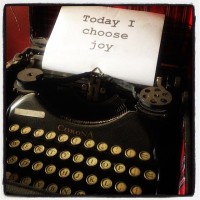