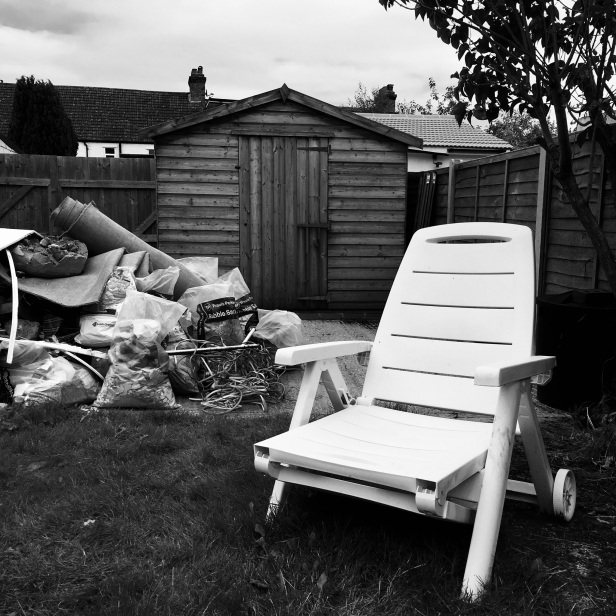 I haven’t had time to stand and fart recently,
and you’re wanting me to work on a relationship?

That silence gathering in the front room
like a crowd waiting for a drunk to fall,

it’s something to do with you, isn’t it?
Some kind of comment, some kind of rebuke?

Poverty appears like steam, after growing
invisibly, takes its shapes when it meets the cold.

I’ve been spinning on the spot like a mad dog
trying to make two short ends meet, and I don’t

need advice on how to feel happier
on less, thank you very much. Passing

on the street, no-one would know, except
that I am hurrying, from one tired place

to another, wearing out cheap shoes faster
than the rest of town. I’m struggling.

Mark Robinson, from How I Learned to Sing (Smokestack Books, 2013)

In between working and crashing out on the sofa from too much screen time and sadness (are they the same thing? Discuss) the other day a line of a poem I have not read in twenty (?) or so years came to me: ‘I haven’t had time to stand and fart recently’. I first read it in the late and much missed poetry magazine Smiths Knoll, jointly edited at that time by Roy Blackman  Michael Laskey. I am guessing this must have been sometime in the early 1990s, when I was heroically trying to read everything I could get my hands on (a feat which I am very late in the day coming to realise I failed). Still, there was Smiths Knoll and The North and The Rialto  and Tears in the Fence and this thing I took a punt on one wild day called Scratch.

Links were being made. Tentative, pre-internet-and-email friendships, with things we still call paper and envelopes and stamps. Janet Fisher rang me up once about a poem and it was like a visit from Royalty. (I had to lie down then, too.) It turned out Mark Robinson was editor of said Scratch, so his name jumped off the page at me as I read about farting and love and poverty and anger and struggling. It appeared a few years later in one of my all-time favourite collections of poems, his debut with Stride, The Horse Burning Park.

Not remembering anything about the poem except its first line, I took down Mark’s New and Selected (Horse Burning is in my office at work…) yesterday and spent a very happy hour revisiting some (very old) favourites as well as making some startling new acquaintances. His tone, subject matter and political concerns are amazingly consistent. Reading the poem again now I am struck by how prescient it feels to our current moment: ‘spinning on the spot like a mad dog’; ‘Passing / on the street’; ‘I am hurrying, from one tired place / to another’; feeling ‘happier / on less’; and that remarkable couplet about poverty.

Now, in spite of what they told me at school, I am not stupid. This is a poem written nearly thirty years ago. It isn’t ‘about’ coronavirus or the lockdown any more than my left foot is. But what did happen is that it appeared when I needed it to, just like that, and that felt like a good thing in a week in which struggling has been the main thing. Years and years later, another connection, unasked for as Seamus Heaney might say. Another way of feeling and being alive.

Which brings me to the video below of my hero Michael Laskey reading poems nearly a decade ago in London at the Poetry Library. One day he and Roy allowed ‘Struggling’ into their magazine and the world began to turn in something like my direction. For that and everything else you have done, Michael and Mark, thank you.

With thanks to Mark Robinson and Peter Carpenter