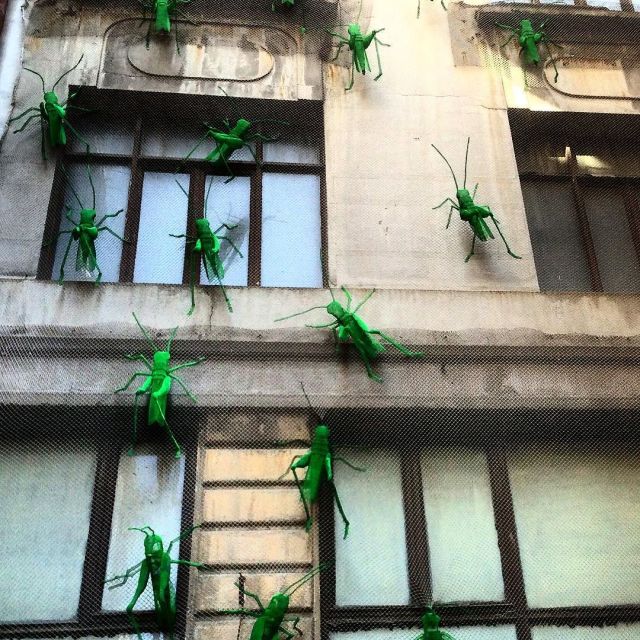 ‘How have you been?’ says the book.

‘Any plans?’ says the book.

‘Not really. I just want to stay in for a bit. To sit and watch the silence.’

‘Really. I mean: just sit. And be. Avoid Twitter for a few seconds.’

‘It’s hard, isn’t it? With everything going on. Kind of addictive. Who needs House of Cards?’

‘Exactly.’ The book closes its eyes and lets out a deep sigh. ‘I feel like I just want – it to be over.’ The book still has its eyes closed.

‘Is that what this is about?’ I say. ‘The next book not being finished yet?’

‘Yes and no,’ says the book. ‘Could be.’ The book opens its eyes, then closes them again. There is a silence. ‘Do you think there will be a ‘next book’?’

‘I really don’t know,’ I say. ‘I hope so. To be honest, I thought you knew more about that than me. What do you think?’

The book has not moved or opened its eyes. It is breathing heavily, as in the first stages of sleep.

‘I really don’t know,’ I say again. ‘The idea is there. The material is even there. It’s just the idea of slaving on with it I don’t like. Just the endless slog. The loneliness of it. Plus the knowledge that only two people will read it. I’m not giving up on it, I’m just…’ I look across at the book, now fully asleep. Feeling my eyelids growing heavier, I obey the impulse to close them.

‘I just wonder what it’s all about sometimes, you know. The fame thing, the getting known thing, the ambition thing: they all left me years ago, after my cancer. But I also know deep down somewhere I am still conditioned to crave them, to get on that list, to pocket that prize, you know, all that … guff. At the same time as knowing they mean nothing. ‘The process is all we have,’ as Jean Sprackland once said to me. Which is all very well, and true and everything, I just wish it didn’t involve this much tiredness. This much delayed gratification.’

‘You really do sound tired,’ the book says. ‘Sounds like you need a break.’

‘Awake the whole time,’ the book says, still with its eyes closed. ‘If it’s any consolation, I completely agree. I want it finished too. I want to have written, not to write. My biggest block is impatience. And stationery websites.’

‘Shall we go for that walk, do you think?’

‘Great idea,’ the book says. ‘Can we not go near any bookshops?’