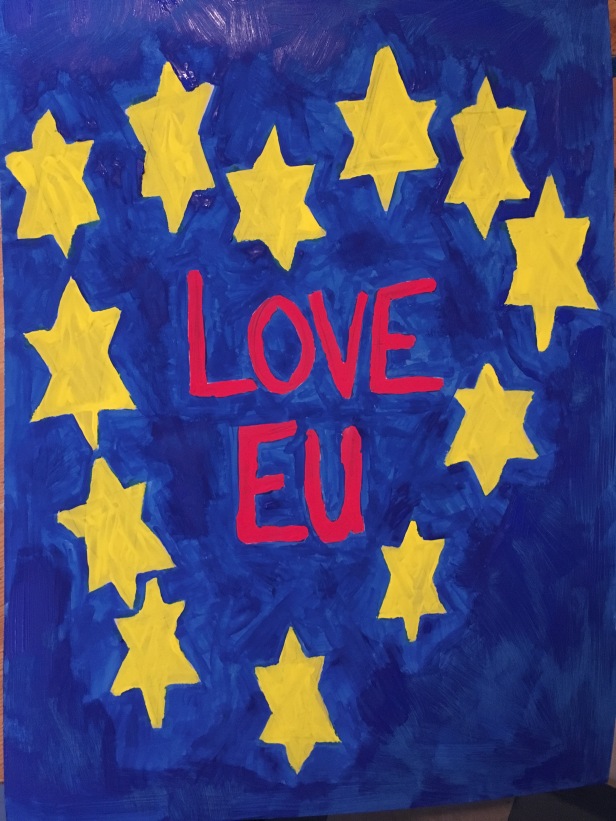 Lying awake last night wondering what had become of Theresa May’s deal in Parliament it suddenly occurred to me that my self-imposed news blackout self-imposed news blackout over Brexit is known in the trade as ‘doing a Likely Lads’. (For everyone reading this who does not have the faintest idea what this means, i.e. nearly everyone, you can find the seminal episode of the seventies sitcom, No Hiding Place, here.) The plot genius-simple: Bob and Terry (Rodney Bewes and James Bolam) take on a bet, unthinkable in the post-internet age, that they can go the whole day without learning the game’s final score. Hilarious shenanigans ensue.

One day in to my doing a Likely Lads, how am I doing? I have not watched the news, logged on to the Guardian, or listened to the essential Brexitcast podcast. Success!

Not really. The news still has a way of filtering through. As we drank our coffee this morning Tatty scrolled on her iPad and informed me that backbenchers’ amendments proposing indicative votes on May’s deal had been successful. Success? At a research seminar this afternoon a colleague began discussing the same issue with me, as though it was old news. Success?

Not long after deciding to take a week off, I realised that it would be hopeless, nigh on impossible, to prevent Brexit from intruding. Instead I am choosing to measure my success by the amount of head space it has freed up. And that is success of a different nature. I have finished a book. I have begun a new book by Shawna Lemay. I have begun a new notebook. I am reading Raymond Carver again. And yesterday I replaced PM during the cooking with listening to A Walk Across the Rooftops. All sorts of wonderful, unfurling things.

The world is going to keep intruding.

I know I cannot stop it.

I am beginning to wonder how much will have changed in the world by Sunday evening.