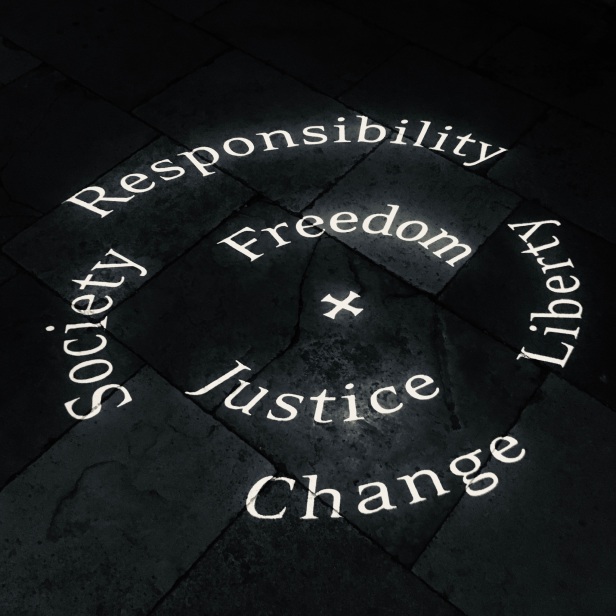 Waiting for the Barbarians

What are we waiting for, assembled in the forum?

The barbarians are due here today.

Why isn’t anything going on in the senate?
Why are the senators sitting there without legislating?

Why did our emperor get up so early,
and why is he sitting enthroned at the city’s main gate,
in state, wearing the crown?

Because the barbarians are coming today
and the emperor’s waiting to receive their leader.
He’s even got a scroll to give him,
loaded with titles, with imposing names.

Why have our two consuls and praetors come out today
wearing their embroidered, their scarlet togas?
Why have they put on bracelets with so many amethysts,
rings sparkling with magnificent emeralds?
Why are they carrying elegant canes
beautifully worked in silver and gold?

Why don’t our distinguished orators turn up as usual
to make their speeches, say what they have to say?

Because the barbarians are coming today
and they’re bored by rhetoric and public speaking.

Why this sudden bewilderment, this confusion?
(How serious people’s faces have become.)
Why are the streets and squares emptying so rapidly,
everyone going home lost in thought?

Because night has fallen and the barbarians haven’t come.
And some of our men just in from the border say
there are no barbarians any longer.

Now what’s going to happen to us without barbarians?
Those people were a kind of solution.

Sometimes a poem you have heard of but never read. (Sometimes a poem beginning with a line by another poet.) Sometimes speaking exactly what you need to hear in words that are not news but absolutely part of the territory, emotional, political and psychological, that you are living and walking through each day.

Sometimes speaking simply and plainly in words a child could understand. Sometimes with the force of a riddle, slantish, so only those with ears will hear it. Sometimes so below the radar as not to be talked about openly except by a very few people, and only then in hushed tones, a secret on a scrap of paper smuggled out in the lining of a shoe.

Sometimes beyond time and place, though prompted by them. Sometimes spawned by ‘bewilderment’, ‘confusion’, the silence of ‘squares emptying so rapidly’. Sometimes by none of these things, merely the force of history, events both public and private, dawn betrayals, midnight assignations, sleep falling from the eyes of the just when it is suddenly too late.

Sometimes a cry strangled in its infancy. Sometimes a long, soft lowing, a moaning. Sometimes a lonely piper on the ramparts of the castle, bringing back news for the rest of us. Sometimes a song around a fire in the middle of the desert, its sparks dying under the myriad stars. Sometimes a story you have heard before and never dreamed you would live through.

Sometimes by accident when you need it most.