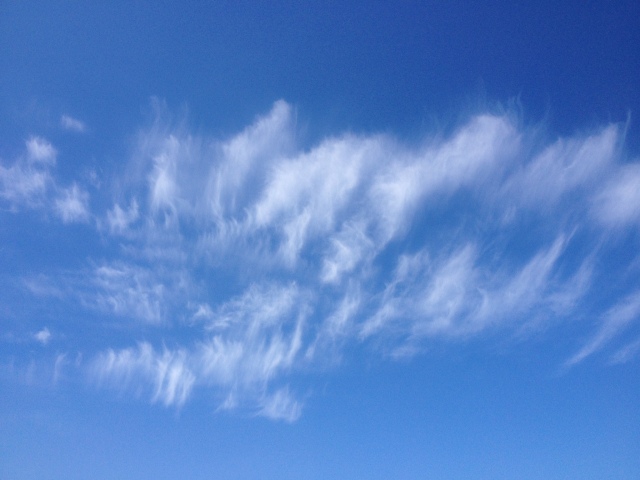 ‘I’ve stopped listening to the radio!’

‘What, completely?’ the book says.

‘Not completely, I’m not an idiot,’ I say. ‘Just in the mornings, I mean. To wake up to. Best thing I’ve ever done. Don’t know why I did it earlier.’

‘What about the news, don’t you miss it?’

‘But why? Don’t you feel less connected?’

‘That’s precisely it! I feel more connected than I have for years. There’s a rather loud robin living in the tree outside my window. I never noticed him before.’

‘Is this another Tomas Tranströmer thing?’

‘Not really, no. But in a kind of a way, yes. I’m not sure how, but I think it might be. But that isn’t the point. The point is the silence.’

‘Yup. Silence. You know, I did an experiment the other day. The stories they were talking about at 6.30 in the morning were exactly the same ones they talked about on the ten o’clock news, only with different journalists doing the talking to each other. And in the meantime, there was this robin, and the sound of a train, and some children, then a bell, possibly the cathedral, I couldn’t tell which direction…’

‘I think the plot has well and truly, finally been lost,’ the book says. ‘I rest my case.’

‘But that’s it, I think for the first time in years the plot has come to me, rather than having me always looking in from the outside, at arm’s length.’

‘Excuse me, my phone’s ringing, do you mind if we, hello, hello? I can’t hear you, you’re breaking up!’ the book says, striding out of the room.