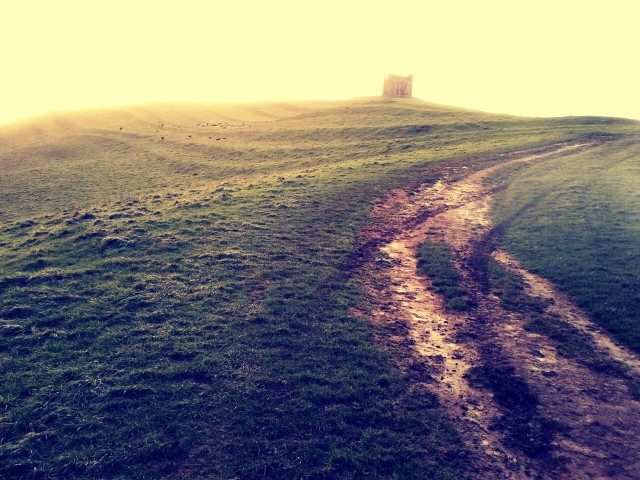 ‘Did you hear?’ says the book. ‘Ted Hughes’s brother has died.’

‘He was the one, though,’ the book says.

‘I thought Ted Hughes was the one,’ I say.

‘Technically, yes,’ says the book. ‘But his brother, he was the one really. Because without the brother, you’d have no Ted Hughes.’

‘You mean he was his father as well?’

‘You aren’t listening,’ says the book. ‘He was the one, in terms of influence no one else came close.’

‘What, he read him Tennyson when he was a baby?’

‘He took him hunting,’ says the book.

‘We’re not talking pink-coated hunting by horseback, here,’ the book says. ‘We’re talking endless roaming of the moors with a ferret in a sack, setting traps for rabbits, that kind of thing.’

‘And this gave us what?’

There is a silence while the book and I regard one another.

There is another silence, even longer this time.

‘Think about it,’ the book says. ‘No brother, no Hughes. No Hughes, no Plath, no Modern Poetry in Translation, no Alvarez… Think about it.’

‘Don’t you think you’re exaggerating just a tad?’ I say.

‘It’s the same with music. I read a very interesting article the other day which traced rap music back to Ennio Morricone.’

‘Ennio Morricone? Now you really have lost it,’ I say.

‘No Ennio Morricone, no Kraftwerk. No Kraftwerk, no dance music. No dance music, no rap. It might be balls, but it’s quite a thought. It’s not about what you do, it’s about who you influence. Think Laskey at Aldeburgh. Or Sansom on Armitage. Or everyone, come to think of it. Who are you influencing?’

‘Gerald. He lived in Australia.’

‘But I’ve never heard of him.’