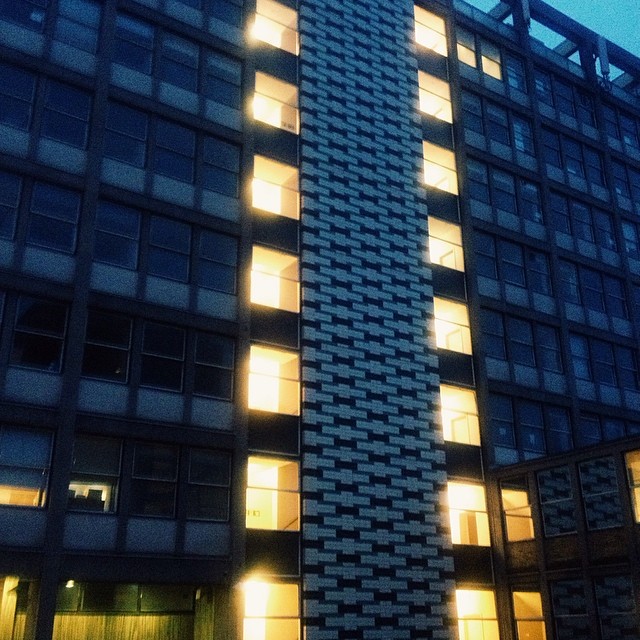 The Soho Hospital for Woman (IV)

I am out in the supermarket choosing –
this very afternoon, this day –
picking up tomatoes, cheese, bread,

things I want and shall be using
to make myself a meal, while they
eat their stodgy suppers in bed:

Janet with her big freckled breasts,
her prim Scots voice, her one friend,
and never in hospital before,

who came in to have a few tests
and now can’t see where they’ll end;
and Coral by the bed by the door

who whimpered and gasped behind a screen
with nurses to and fro all night
and far too much of the day;

pallid, bewildered, nineteen.
And Mary, who will be all right
but gradually. And Alice, who may.

Whereas I stand almost intact,
giddy with freedom, not with pain.
I lift my light basket, observing

how little I needed in fact;
and move to the checkout, to the rain,
to the lights and the long street curving.

Fleur Adcock
With thanks to Bloodaxe Books

Like so many poems in my Lifesaving Poems series, I owe a great debt to finding ‘The Soho Hospital for Women’ to my friend Duncan Kramer and his ownership, at a vital time in my life, of The Penguin Book of Contemporary British Poetry.

My theory of development for poets (such as it is) is that fundamentally it needs to follow development as a reader. Just as young architects, surgeons and military strategists need to immerse themselves (I imagine) in the vocabulary and traditions of their chosen enterprise, poets work out who they are and what they want to do by knowing who and what has come before them. At the time of discovering The Penguin Book of Contemporary British Poetry, I, of course, knew nothing. Including that a good many people in the poetry world hated it. (Come to think of it, I didn’t even know there was a poetry world.) But that is another story.

Partly because of the rise of the internet (and, another theory here: its erosion of my memory of anything important) and partly because I am a good deal older, it is virtually impossible for me to remember what my ‘blank slate’ mind was like at that stage. So this is sketchy and subjective, at best. Would you have it otherwise?

What I do recall is that some of the poems in PBCBP hit me with a great deal of force because the way they looked at the world and the things they chose to include were brand new to me. ‘The Soho Hospital for Women’ was one of these. First, I was struck by the subject matter. I had come across illness in poetry before, but not with such attention to detail to the suffering of those other than the poet/speaker. This was a revelation to me. Years later, after my own experience of serious illness, I went back to the poem to remind myself how to find an angle on my anxiety and pain without, as it were, hitting the reader over the head with them.

Second, I admired the poem’s condensing of complex and difficult experience into portraits (I thought of line-drawings) of superb economy and compassion: ‘Nellie has only one breast/ ample enough to make several’ (II). I put the book down and felt I knew these people, and yet had not spent half of Sunday ploughing through pages of description to get there. Truly, I thought, I have found what I have been looking for.

Finally, the poem contained words I had not encountered before in poems: ‘supermarket’, ‘tomatoes’, ‘checkout’. This also had the force of revelation. The discovery of the word ‘tomatoes’ in particular struck me as something utterly foreign, much like the the stories I had grown up with of war-children’s first taste of bananas. Tomatoes. So you could put them in poems as well, I thought. Much as you would a salad, or a shopping basket. This amazed me, a fact I find less amazing than delightful, rather like the cover design of that faded anthology, creased, a bit stained, and yellowing.