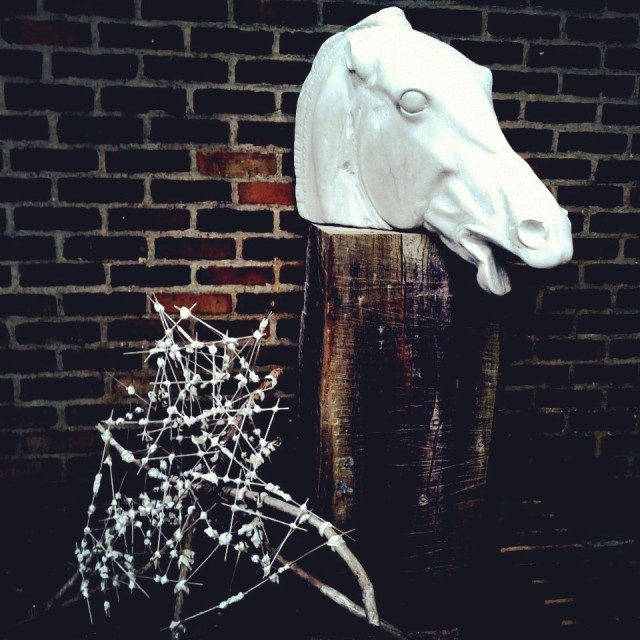 I want to live – Sharon Olds

I was working at the time for a community arts co-operative in North London. Each person in the group had a specialism (drawing, dance, percussion, comedy, creative writing, acting, singing etc.) which they designed and led workshops in, training the non-specialists in-house. We worked with a wide range of clients in the area, ranging from primary schools to day centres for mental health patients to reminiscence groups.

It was not glamorous. Sometimes clients would not turn up for the workshops; sometimes the workshops would finish five minutes after they had started. We met in a church hall behind Euston Station.

Towards the end of my stint at the co-operative I elected to work with a group of clients at a hospice. The premise was simple. We would meet with the clients for an hour or so each week in one of the hospice sitting rooms, and we would read poems and stories to them. I think it changed my life.

We would start the sessions by reading one or two poems from anthologies, after which clients would make requests. Two of the most frequently chosen poems were ‘Birches‘ by Robert Frost and ‘To Autumn‘ by John Keats. The group was not an exercise in literary criticism. Once a poem had been read out loud clients were entitled to say as much or as little about the poem as they wanted.

Chiefly I remember the poems provoking two kinds of response in particular: complete silence and deep personal reminiscence. Mostly there was silence.

One of the clients, a man I shall call Andrew, loved to listen to the poems with his eyes closed. He rarely said anything about them, except to occasionally repeat a favourite line. I can’t read ‘Birches’ now without seeing him in his recliner, head tilted back, eyes closed tight, repeatedly murmuring ‘One could do worse than be a swinger of birches’ and smiling to himself.

A woman whom I shall call Daphne practically told us her life story over the three sessions we had with her, entirely in response to ‘To Autumn‘. We learned about her semi-rural childhood in the post-war period, the long walks into the countryside that she would take with her siblings. Even now I can remember her description of the complete absence of traffic.

One subject remained not so much out of bounds but ignored, the imminent death of the group’s participants. As the group lost members and gained others it was a fact which did not need drawing attention to. It was, to use a phrase of Ted Hughes, ‘inscribed in the egg’ of their being there.

That the clients reacted to the poems we read them in the way they did argues for poetry’s ability to cut through the norms of social interaction and place the listener/reader simultaneously and intensely in the moment of hearing the poem and the experience of the poem itself. Had we been sharing memories of novels or films I wonder if I would still remember these responses in the same way, some twenty-seven years later? These are some of the people I thought of when I called this series Lifesaving Poems.