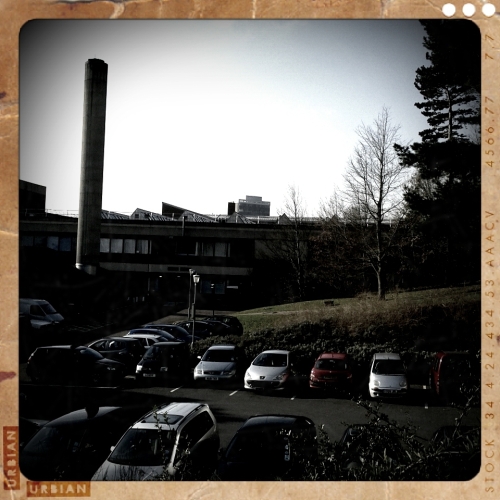 Six years ago I began writing the journal which has become my forthcoming memoir of my experience of cancer. It is called Love for Now and will be published by Impress Books in September.

By this time in February, 2006 I had been in hospital three times, had had two ultrasound scans on different parts of my body, plus a CT scan. As I left the Radiography department after the latter I was informed that it would take two weeks to learn of the results. Twenty four hours later the phone rang. It was my GP, inviting me to see him that morning.

A day afterwards I underwent a biopsy under X-ray conditions. The pain I had woken up with on New Year’s Day was on my side but the so-called ‘abonormality’ in my body could only be reached through my back. I was told it would take two weeks to find out my results, but that if I wanted to I could ring them on Friday afternoon in case they got them done before the weekend.

‘At what point did you know?’ my friends asked me, when I told them the news of my formal diagnosis of non-Hodgkin’s Lymphoma. The truth is I knew when I went to see my GP. That was the first time the possibility of Lymphoma was discussed. But it was not his use of the word (I only knew it meant ‘bad’) which frightened me, it was his eyes, a tiny flicker, not of doubt, but recognition.

Looking back at it now I think I knew even earlier in the process. It was another man’s eyes, the radiographer who conducted my first ultrasound scan, which alerted me to the seriousness of my situation.

Long before he used the word ‘abnormality’ I saw them darting backwards and forwards with a kind of rapt wonderment in front of the screen (which I could not see) as his hand pushed the sensor around, not on my side, where I hurt, but on the lower right of my tummy, which felt fine.

Signed off temporarily from work so I could undergo these tests, I absolutely knew I would not be returning for a long time. Friends and colleagues, none of them doctors, reassured me with the mantra that it was ‘probably nothing’ and that the mass inside me was most likely a polyp, filled with liquid.

The friends I looked forward speaking to the most were those who gave me advice in the forms of specific questions to ask or actions I could take, the best of which was to invest in a box-set of the American sitcom of my choice ASAP.

Love for Now is available here, and you can read more about it here

You gave me time to notice –
apple blossom, hand movements,
the light taking leave of rooms.
I would like to claim
new attention to my children
but the truth is they grew up
whether I watched them or not.
Mostly I slept.
You began in midsummer.
It took till February to find you.
By then all I knew were symptoms:
insomnia, night sweats, a cough I could not shake off.
Because of you I revisited old Lps –
I did not want to die
not having fried onions to Grover,
made bubbles to This Mortal Coil.
The script writers of Frasier
helped me recover from you,
plus condensed milk and broccoli –
though not at the same time.
Eventually I drank coffee again.
You reacquainted me with my guilt –
the way I glared at S
after she’d poured out her heart
in the autumn of endless nights
with nothing but the wind for company.
I chose songs, having you,
and invented ceremonies by rivers.
(But I found no poetry in you.)

You saved me from talking about house prices.
You obliterated my craving for alcohol.
I would say I am grateful
but am not ready for that, just yet.