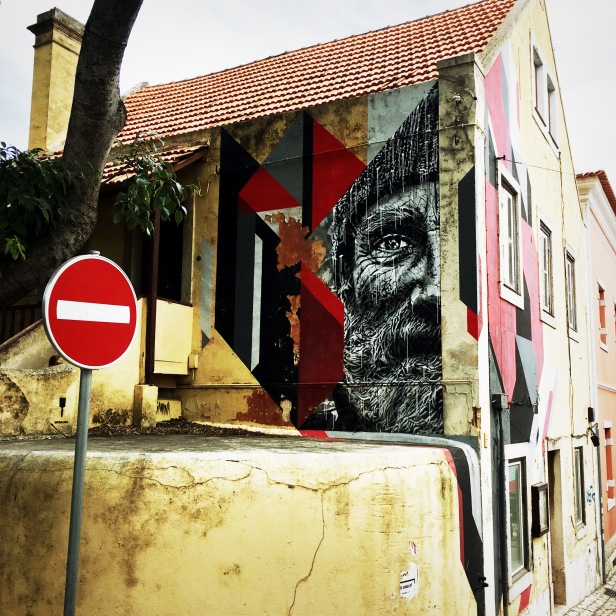 A little taster for you. This is an essay from my forthcoming book Deck Shoes.

I was having a coffee with a new writer friend the other day. Not having known each other for very long, I knew at some point he would ask me how I went about ‘doing it’, the writing he knew I was serious about, alongside the pressures of having a full-time job. (For the record, in my experience this kind of chat between writers is rare. Usually a writer will merely ask: ‘Are you writing?’ and leave it at that.) I found myself saying that my ‘process’, for want of a better word, has always been to write in what Julia Cameron calls the cracks between other things. When I began teaching I wrote in the evenings and weekends. When my children were little, I wrote when they were asleep or at their nursery. The closest I have ever come to having a proper routine is when I was seriously ill over ten years ago. I would walk my youngest to the school gates, shuffle back in time for Frasier, then write for as long as I could, propped up on pillows on the bed, before conking out with tiredness. Everything else, I told him, is on the hoof.

A week or two after that coffee, I can see that the truth is a little more complex. I would like to say that the pattern of writing that I described holds true for poems, not prose. Yet, when I am writing an academic paper, I need to chip away at it regularly in order to get anything done, in between the cracks of my other activities like teaching, reading, marking, making tutor visits and so on. But, unless I am on study leave, a rare event, I could not claim that I write like this every single day. Even now, seeing those words in front of me on my screen gives me pause to stop and question their veracity: there is never a day when I am not writing something, however inconsequential, from notes in a notebook, to copying out quotes or favourite passages in my day book, to sitting at my laptop and more formally trying to compose some sentences I might be happy with. Even when I was ill, the writing I did each day was in a journal. The poems I longed to write about my experience did not begin arriving until my treatment was over.

I wrote my first book of poems partly whilst still living at home, with my parents, partly in my first flat in south east London, and partly at the top of the first house Tatty and I bought together, in the early nineties, also in London. It had no phone and no internet: bliss. My desk looked out onto the street opposite, on the corner of which sat a large and occasionally raucous squat. I don’t remember writing any poems in there at all. What I do remember writing there was the diary I kept at the time, mostly about what I could hear and see in the street below me. It was every inch the romantic ideal of what I thought the room –and the life– of a writer should be.

I wrote my second book in Exeter, where I still live. We moved here knowing two people, Rupert Loydell, who was about to publish me, and his wife Sue. For a long time my desk sat in an upstairs bedroom, by a window (I had not learned from my earlier mistake) overlooking back gardens and other bedroom windows of the houses behind ours. In the distance I could see the cathedral (bigger mistake). Because I was rarely in there during the day, my memories of writing in there are nocturnal: the beige glow of the lit up cathedral; bedroom lights appearing to switch themselves on, followed by rapidly drawn curtains; the hooting of an owl. I imagine I wrote my second book in there, but don’t remember doing so. Mostly I remember writing at the kitchen table, which is where I spent most of my time, attending to the needs of my children.

By the time I wrote my third book of poems I had another study (with a phone, plus the internet) in another part of the house. It overlooked my neighbours’ garden, and was freezing, on account of having two external walls. I don’t remember writing any poems in it at all. What I do remember is writing my PhD in there, sneaking off at 5.00 each morning before anyone was up, adding to my word count in the dark before breakfast.

As I mention, for whatever reason, I wrote no poetry about my cancer until I had been told I was in remission from it. I don’t think there is a connection between those events, it’s just the way it happened for me. I wrote these poems very quickly, in several bursts, over four or so years. I wrote the book’s longest poem at a rate of knots, against the deadline of the early death of a friend, whose art-work had inspired it. I wrote a lot of that particular poem in my car, inbetween ferrying my children to and from sporting and social engagements around town. I wrote an entire sequence of poems from that book in a pocket notebook between meetings after having been given a new and stressful role at work. I even remember writing one poem while waiting for a train. Again, mostly I wrote at the kitchen table.

Since my last book of poems I have moved office for the third time in this house. I’ve been in there/here (am I writing this in ‘here’?) for two and half(ish) years now, but I’m not sure if I have written poems in it yet. The space is dual-purpose. By day it is mine, but in the evenings it becomes a sitting room where we watch crap telly. Quite often the desk is the last place I sit at. I have taken to writing on the little sofa, a pad or laptop on my knees. I don’t think this means anything. I have written other things in here. (Emails, for one.) My desk is positioned by a window, overlooking the houses and street opposite (still haven’t learned). During my study leave I learned quickly that if I was to get any work done I would need to close the blind in front of me. Partly this was so I could avoid the glare of the early morning sun, and partly to block out distractions. I kept thinking of something (I think) E. L. Doctorow once said about the best view from a writer’s desk being a brick wall, the better to allow their imagination to roam freely.

I wrote my latest set of poems in a variety of settings. I wrote some of it watching television, some of it on holiday, some of it in a workshop, some of it because I was asked to, some of it on the end of the bed and some of it propped up in bed (again) when I was ill. But those are only the parts I remember writing. (Never trust a writer when they talk about what they say they remember about their process: there’s always something they’re not telling you, especially me.) I honestly have no idea where or when I wrote the rest of it. I’m starting to think I don’t do any writing in these ‘special’ places at all. I wonder if I tell myself that I need them so I can play truant and write elsewhere. The office as security blanket? The words on the pages and the books looking down at me from the shelves might have me believe otherwise.

My next project is not like anything I have written before, so I am trying to come at it sideways, as though trying to surprise myself into doing it. The only way I can think of achieving this is not to think about achieving it at all. As the explorer Ranulph Fiennes once said, he never thinks about reaching the summit, only the challenge of the next step. In practice this means opening up my laptop (whether this is at the leather-topped desk or at the kitchen table is irrelevant) once my family have gone to work, and trying to bash out a paragraph (I do not set a word limit) that might not look ugly the next morning. Today’s paragraph was not great, but it did contain a line, and an image, that I have not thought about for twenty years or so. Had I not sat down to write my rubbish paragraph, I would not have noticed it. Now it is tomorrow’s material. Miraculously, the next step has appeared, in the crack between other things.

This will appear in my forthcoming book of prose Deck Shoes, later this month, with Impress Books, who also publish my memoir of cancer Love for Now