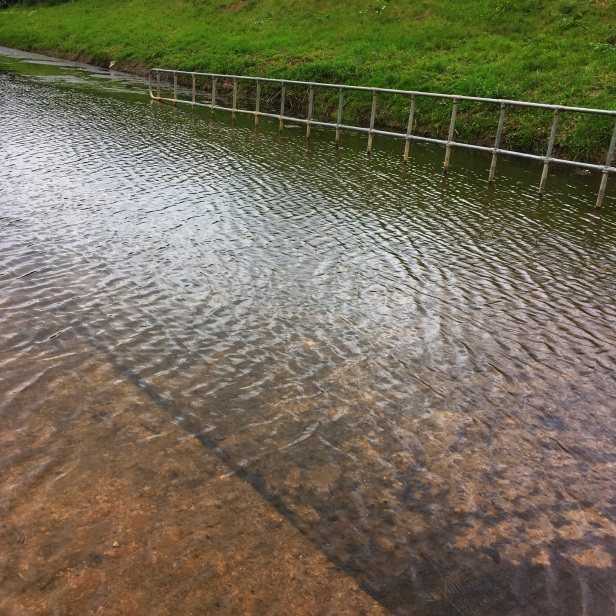 I was saddened to hear of the death of the Australian poet Les Murray yesterday.

In the autumn of 1997, as the newly-appointed poetry editor of (the now-defunct) Third Way magazine, I was sent to do a breakfast interview with him during his stay at the Cheltenham Literature Festival. Arming myself with a hopelessly ancient cassette recorder, I got up at sparrow-fart and drove up the M5 in thick fog sweating the whole way with nerves at the prospect of meeting the great man.

I needn’t have worried. Ensconced in the hotel bar with a pint on the go (it was only 11 o’clock) Les Murray bought me a coffee (I declined to accept his offer of a ‘proper drink’) and humoured my laboured questions about poetry, art and religion.

Like all good interviewees, though he had probably given the same answers thousands of times before, he gave a very convincing show of having invented his generous, brilliant and fluent thoughts right there on the spot. As Maya Angelou has said, they may forget what you say and do, but they won’t forget what they made you feel. For a poet of his reputation and skill there was nothing in it to make a poetry-squirt like me feel welcome, valuable, but that is exactly what he did, and I haven’t stopped feeling grateful. He even pretended to look pleased when I gave him a copy of my first collection.

When I got home I found that my tape recorder had barely picked up his voice. Mostly what I heard was hiss, his twang a ghost-presence appearing to fire twenty words a second from behind a screen twenty yards away. What you read below is therefore the very best I could do from a very bad job, after a week of sweaty transcribing. Somehow I think he would have approved. 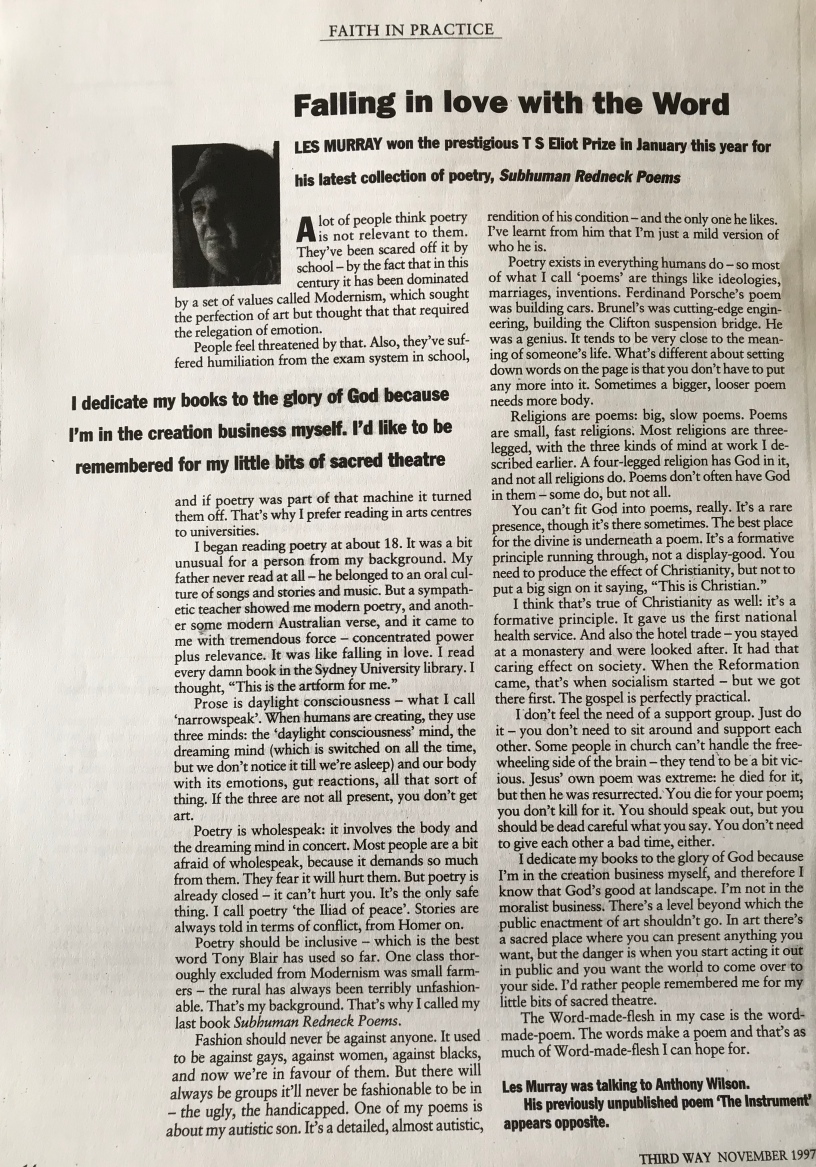