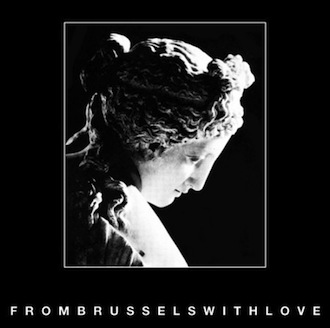 Well, by tomorrow night, we might be out. Crashed out with no deal or sailing into a bright future presaged by recent trade deals with Switzerland and the Faroe Islands. (As more than one wag has put it, at least we will still have chocolate and jumpers when everything else has finished burning down.)

As a half-Swiss, I should not joke. Europe, the idea of Europeanness, is in my blood, my bones. I cannot remember a time when my idea of myself was not framed by the landmass just to the right of Dover. For me it has never been about being better off in than out (though we are and will be) or safer (ditto) or having easier airport experiences (ditto again). It is just who I feel that I am. When I make a salad, eat cheese with potatoes, choose stationery, drink coffee, look at art. It is as irrational and poetic and non-negotiable as that.

Some of my earliest childhood memories are responsible for this. Growing up and frequently not hearing English spoken around me, to me and about me, over food, at weddings, over coffee, indoors and out, always with family. It’s more than memories of holidays and events, though: it’s an unspoken aesthetic, an embodied knowing of things and a way of looking at them (streets, rivers, mountains, snow, cups, tables, watches, pens, wallets) that cannot be put into persuasive words of the connection it feels or the lack of it were it to be snatched away.

So I have been thinking a lot recently about some of the artefacts that came after childhood, the ones that were not Christmas presents from my grandparents, the ones I chose or ran into for and by myself. One of the earliest and most influential of these was the cassette-only compilation album From Brussels With Love (Les Disques du Crépuscule, 1980) copied for me by my flatmate Kevin during my first year at university.

I wrote about it for the first time here last autumn, a piece about my enduring love of Harold Budd’s piano piece Children on the Hill, but have been meditating on it since then, thanks in no small part to the poisoned discourse we seem to have allowed ourselves to start speaking without questioning how the word Brussels has become a national swear word.

For the uninitiated, a relaxing coffee table murmur it is not. It is noisy, arty, pretentious, quiet, melancholy, blissful, spoken, punchy, punk, riotous, duplicitous and needy. Above all, it is convinced of its own greatness.

Here is what some reviewers said about the reissue on CD in 2007:

A disc packed with ideas so fresh and so groundbreaking that they still sound life-changing even today. Without a doubt the perfect introduction to a label which would influence so many of today’s classic independents. Seminal, inspired, essential (Boomkat, 2/2007)

Sometimes one has to admit to simple fandom – of wonderful albums with industrial and French pop, synaethesia with interviews and poetry readings, daring experiments in classical music, and confident eclecticism of the highest standard (Westzeit, 03/2007)

At the time, both as an artefact and a selection of tracks, FBWL seemed perfectly to articulate the sepulchral, twilit and mainland European sensibility that would be one of the musical and subcultural consequences of punk. Crépuscule was concerned above all with high aestheticism and modern connoisseurship, and heard now FBWL sounds as thrillingly new and seductively poised as it did 27 years ago. (The Wire (Michael Bracewell), 04/2007)

A masterpiece of distinctly northern European post-punk eclecticism. Almost every track is an unabashedly melancholic or angst-ridden gem (Frieze, 04/2007)

Until I searched for them on YouTube last year, I had not listened to the Richard Jobson and Brian Eno tracks for more than thirty years. I understand the references better than I did in the early 80’s, but the density of their aesthetic is imprinted in my fibres with even greater permanence. I am proud to be European. Here is why.