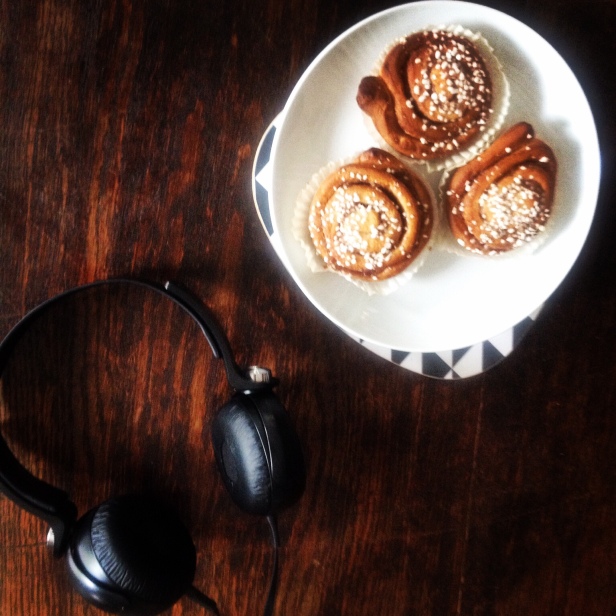 I am really bad at doing one thing. If I am chopping an onion, I am listening to the radio. Football. Or a podcast. (Especially if it is about Brexit.) Or a playlist on Spotify. If I am driving, the radio again. Or a playlist. (You get the idea.) When I am gardening I am doing only one thing. But it is freezing at the moment and I hate being freezing. Other spaces? The bath. Reading poetry.  Maybe writing poetry. Sleeping. And, er, that’s it.

Since I embarked on The Year of Living Deeply I have been trying to make conscious choices to do and buy and experience fewer new things, but to do them, live them, experience them better, more deeply. Alively. If that is even a word. As I have said before, it isn’t always going to plan.  I would like to blame the fabulous BBC Sounds app for introducing me to some new programmes and podcasts (about Brexit, of course), but I know in my heart that the problem rests with me.

What was it Blaise Pascal said? ‘All of humanity’s problems stem from man’s inability to sit quietly in a room alone.’ Part of me wants to say Yeah, right. Or: He didn’t have to live with Brexit. But if I stop for a second to listen, there is another part of me which knows that he has a point.

I put this to the test last weekend listening to yet another political podcast about you know what. Having a few hours to spare alone in the house, I did some chores, ate some food, and rewarded myself with a long hot bath. My choice of podcast? Nick Robinson’s Political Thinking: The Nick Boles One.

Nick Boles MP, you may remember, has tabled a very interesting cross-party bill in Parliament in an effort to rule out the UK leaving the EU without a deal on 29 March. Until a couple of weeks ago I had never heard of him. As I lay in my hot bath listening to him talking with Nick Robinson, some very strange things happened. I found myself listening to their conversation (and what is so remarkable about this series of podcasts is that unlike most political interviews every one of them is a proper conversation with an actual human being). That’s it. I listened. The podcast played on my phone, but, baths and phones not being good mixers, I did not pick it up to look at aimlessly (as I almost always do, out of unthinking habit, when I am doing something else).

I listened. And I learned a lot of things. That Nick Boles is Conservative MP for Grantham and Stamford. That he once tried to win a seat in Brighton, and lost. That he is a good friend of Michael Gove. That he has received threats, on his life as well as politically, over his bill in Parliament. That he thinks his bill is potentially a career-ending move as far as his party and constituency associations are concerned. But that it is the right thing to do anyway. And that he has had lymphoma. Twice. And that, like me, he is not enamoured with the martial metaphors which surround so much of our discourse about cancer.

As I listened I found some of my knee jerk, tribal assumptions about Conservatives, about MPs, and about Brexit, disappear like steam rising from the surface of my bath. A miracle.

To catch the full nuance of his conversation with Nick Robinson you will have to listen to the whole thing yourself. I would try to avoid doing anything while you have it on. Perhaps a coffee and a bun. Other than that, just listen.

I am indebted to Justin Wise for his concept of doing one thing. Check out his essential blog, Living and Working, here.