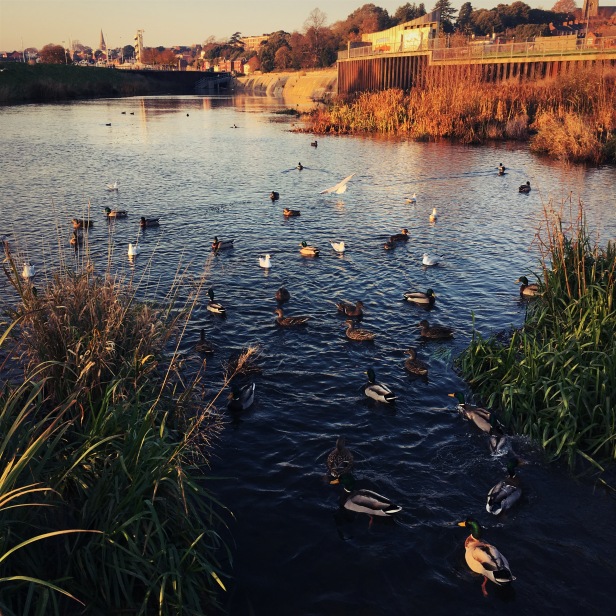 I am delighted to be publishing Deck Shoes, a book of enthusiasms, influences and memoir, with Impress Books, next year.

To whet your appetite, here is a sample of a few pieces from the book.

The first pair I tried belonged to my best friend at school, Charlie, when we shared a study together during our lower sixth form year. They were the most beaten up shoes I had seen that still performed the function they were intended for and yet which barely resembled anything close to a shoe. There were some laces, which may as well not have been there, so loose were they, all semblance of maintaining a grip on the foot all gone. There were soles, more hole than sole. And there were uppers, holes ditto. They looked as if Charlie had been gardening in them from the moment he pulled them out of the box. They were also extremely comfortable. Our shoe sizes were not identical -Charlie’s feet were bigger, if memory serves- but from the moment I put them on I felt as though I had come home.

Another? Then another? On chance meetings at the end of lanes Tatty will look across at me and whisper ‘Another ten’, not pausing to hear me groan as she pushes off on her back. Kick, kick; length, length: out of breath. Like writing, anyone can do it: young, old, black, white, gay, straight, fat or toned. This is not for the special, just the alive. Like writing, it is a joy in and of itself, with no real point except to see where it might take you, which is always further than the imagined next length or line. Like writing, once you make a habit of it, it is hard to lose it, but easy at the same time to forget why, exactly, you showed up at this late and lonely hour, witnessed by nobody but a few other like-minded nutters practising their moonlit backstroke-butterfly. Unlike writing, it is not freely available to everyone, unless you live by a river or the sea. Like writing, it is bloody hard work, without real promise of reward, except that you briefly feel fantastic afterwards. (Dorothy Parker should have said: ‘I like having swum’.) Like writing, after the excitement of the initial plunge, comes the phase when you just hate it and long for it to end. What was it John Cheever wrote in ‘The Swimmer’? ‘The day was lovely, and that the world had been so generously supplied with water seemed like a clemency, a beneficence.’ When it is going well, writing is like that too: you could go on forever. It’s got serious: I’m thinking of buying a hat.

from The Next Swim

Last week I gave up writing. For about a day. I had been given a book by one of my literary heroes, a poet I have admired from afar without ever meeting. The minute I opened it I had two reactions. The first was one of intense joy (I did not know he had even brought out a new book) and pleasure to see him on as good as form as ever. This was quickly followed by intense realisation of the poverty of my own work, the narrowness of its vision and ambition now in sharp and plain relief thanks to the book I held in my hand. I put the book down and pledged never to write another word.

from Giving Up Writing

Like all good obsessions, I threw money at the problem. I have now worked my way through the Pentel Energize Automatic (0.5) (can’t quite get the hang of the grip), the Pentel 120 Automatic (lovely grip), the Faber-Castell Gripmatic (supposed to advance the lead automatically) (0.7) and the (lately discontinued) Ohto Comfortcil (2.0). Each has taught me what I have known all along, that I love my original Staedtler the best. Which just persuaded me to throw more money away, at the world’s best pencil sharpener, made by KUM in Germany. (I should be on commission.) The first blade shaves away the wood; the second narrows the tip until it emerges like a miniature spear. I hadn’t had it very long when my artist friend Lucy gave me (I still can’t believe this) one of her prized Blackwing Palomino 602’s. I took it as a sign.

As I moved further away from my treatment, and even I stopped using the word cancer around my family, friends and colleagues, the gaps between series of Wallander seemed to grow longer. Into one of these gaps appeared the Kenneth Branagh versions of the stories. It was like falling in love all over again. These new/old stories contained the same campaigning urgency, the same ominous atmosphere, the same stunning cinematography. Only more so. There was something in these new versions which felt even closer to life (and death), closer to watching an actual man trying to think and react humanely under duress which made them almost unbearable.