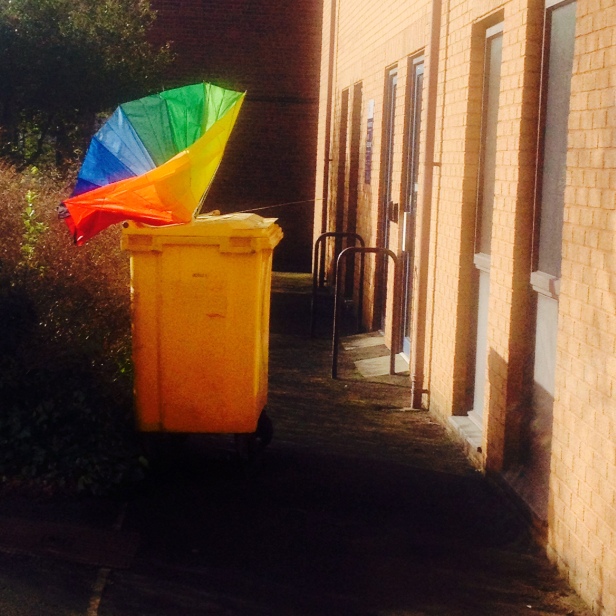 As we draw to the end of NaBloPoMo, I have invited Josephine Corcoran to collaborate with me on a joint-interview. I have interviewed her via email, which you can read here, and she has reciprocated, below. In both interviews we discuss our blogging habits and practices. I think she asked me much more interesting questions than I asked her. With many thanks to Josephine. Enjoy!

AW: That’s such a funny question! It made me laugh. The answer is no, I never dream about my blog. But a strange thing happened. The day after I got your email with your list of questions I did have a dream about my blog, yes. I can’t remember it now. I should have written it down. Story of my life. This blog post, where you interview me and I interview you, came out of a daydream.

More seriously, I do think I daydream nearly all my posts in some form or other. When I am driving or in a meeting I can sometimes feel myself switching into blog-mode, which is a kind of active daydream state, picking up static from my brain. The Book blog post series is completely composed like this. I notice that I use the same approach for writing poems. That’s not to say that my blog posts are poems (though some people are kind enough to say they are), but it is interesting to me that the impulse behind both kinds of writing begins with the same thing: an impulse, rather than an idea. There is no ‘programme’ that I am following. Where the poems come from, I don’t know. Where the blog posts come from is a mystery also. I aim to write both in a kind of dream, without paying attention to what the rational, cautious side of me would want them to be.

If your blog was on fire and you had three minutes to get out, which three posts would you take with you?

There’s a post I wrote a couple of years ago called Should I have heard of you? I’m pleased with that post because it happened more or less exactly as I have told it. More importantly, when I wrote it I had the distinct feeling that it was something I did not know I wanted to say until I said it. And that it was something that some people might find uncomfortable. Which kind of made me want to write it even more. There is a line of an essay by Raymond Carver I am extremely fond of which goes along the lines of ‘[Short stories] should be about what everyone is thinking and no one is talking about.’ That’s what I think I aimed to do in that blog post. And my poems. It gave me courage to try out some others like it. It kind of opened a door for me, that one.

Another post I would keep is a piece on Tom Raworth’s ‘8.06 p.m. June 10th 1970’. This is because it is the most profound poem, and I think hardly anyone has read it (according to my stats). When Ian MacMillan included it in his amazing anthology Against the Grain he said it was the best thing in it. I think he might have been right.

Finally, I would include my piece on Michael Laskey, my hero. I say ‘piece’, but I have blogged about him several times, each time adding more to the list of praise I have heaped upon him. But it needs to be said constantly what a great man he is and what an incredible influence on the poetic culture of this country he has been. For founding the Aldeburgh Poetry Festival alone he should be awarded a medal. But he edited Smiths Knoll too, discovering and encouraging countless poets along the way. When I conjure the two exemplars of the poetic life I would like to emulate, I think of Seamus Heaney, and Michael Laskey. I do think he belongs in that company.

Without giving anything away, have you ever blogged anonymously? Would you?

No, and: No. I have a friend who does blog anonymously and while I try to understand the impulse to do so, I still don’t get it. I lost my rag with them saying so a couple of years back, which I regret.

Past, present, future, real or imaginary, whose blog would you most like to read?

I have a terrible knowledge of history, in spite of doing it for ‘A’ level. So I would love to read the blogs of soldiers in the trenches of WWI. I know we have the poems, but these blogs would be something else. On a similar theme I think each of the wives of Henry VIII would have written a great blog. Henry’s less so, perhaps. But Elizabeth I, she would have been a brilliant blogger. Of course she would have written it in the voice of an Italian spy (maybe she already did?), but it would be amazing to read. Emily Dickinson, of course. And the aforementioned Laskey. I wish he would blog. (But know he won’t.) I would have loved to read my grandparent’s blogs. They were such interesting people, and I feel I know so little about them, still.

Your series of blog posts ‘Lifesaving Poems’ was turned into a book. Can you think of any blog or series you’d like to see made into a book?

I pinch myself daily that Lifesaving Poems became a book. To think that something which started out as a private therapy project, just me and a notebook, could become a solid book in actual bookshops and people’s hands still stuns me. I will forever be indebted to Neil Astley for it.

I very much like Shawna Lemay’s blogs, first at Calm Things, which did become a book, and now Transactions With Beauty, which I hope will become one as well. Simon Parke’s blog posts have been saving my life on a daily basis for a couple of years now. Everything he writes goes in right under the fingernails, as Heaney put it. Plus, he posts every day, which I admire. Another blog I love is Jon Swanson’s 300 Words a Day. He’s a former pastor from the US, now working as a hospital chaplain. His posts are full of the mystery of the space where faith intersects with death and suffering. I really admire him for not offering easy answers.

Which one of the Beatles is your blog?

How long have you got? What an amazing question.

The Beatles are really my working template for what creativity looks like in practice. The power of group creativity; more than the sum of its parts; the relentless quest to keep making: it is all there. I was given Revolver for my tenth birthday and haven’t been the same since. I think their whole career, short though it was, can be seen as a kind of poem, beginning in one place, and drawing on one kind of energy and tradition, and ending somewhere completely different. My friend Jim has a theory about the Beatles and the Stones. He reckons the only reason the Stones keep going is because they are still chippy that they weren’t as creative as the Beatles. On one level it is the worst kind of professional jealousy. On another they are paying them the highest possible compliment. I’ve repeated this to countless friends, and the same thing always happens. The Beatles people get it straight away, while the Stones people get all bothered and begin shouting. It never fails.

To the men themselves, now, that’s a question. My first instinct was to want to say John, which I guess would be the reaction of 90% of the population. But I don’t think it could be John, ever. The thing we forget is that he’s always had the better PR. It was Paul who actually hung out with the swinging London scene and made all kinds of connections with the avant-garde. John sat around in Surrey getting stoned in his mansion. So: not John.

I think Ringo was massively and cruelly underrated. John said he wasn’t even the best drummer in the Beatles. As a failed drummer I always listen to the drums first on any album, especially Revolver. Listen again to Tomorrow Never Knows. It’s astonishing. Or his cymbal work on Come Together. He’s just there, isn’t he? George Martin said there was a corner of every Beatles album that was forever Ringo, and I know exactly what he meant.

I do love George, the so-called quiet one. Sinatra said Something was the greatest love song in the canon. I’d love to be known as someone who kept showing up without drawing attention to himself and just got on with it. Maybe George, then.

However unfashionable it is to say so, Paul was always the one for me. The ‘band mother’ as Alan Buckley once said to me. I do think without Paul there’d be nothing. OK, you can say the same about John and the others, but Paul was the driver and the energy, as well as the milkman. He ordered the guitar strings and knew where the biro lids were kept. It’s a critical role in any creative endeavour, that Woody Allen thing of 80% of success being to show up. Plus he wrote For No One, my favourite song lyric ever. Paul was the shower-up supreme. As Bob Geldof once said, the man has nothing to apologise for.

What’s the longest time you’ve ever gone without blogging (since you first started)?

I haven’t checked, but it’s probably no more than a couple of weeks, maybe three. I am kind of addicted to it now. But only because it circumvents my innate laziness and Resistance (check out the blog posts and books of Steven Pressfield for more on the latter). Without it I know I would feel listless, and kind of like I need to justify my presence on the planet. As if writing poems didn’t qualify me enough! Having said that, like you, I might take December off. I might take next year off actually.

If you invented a National Month of doing something, what would it be?

I’d love to instigate a month of doing nothing. Or silence. Or a month of Not Looking At Your Phone. I logged off Twitter for three months last year and it was the best thing I ever did. I might do the same next year, who knows?

What question would you like to ask yourself? Go ahead and ask it!

What are you most frightened of?