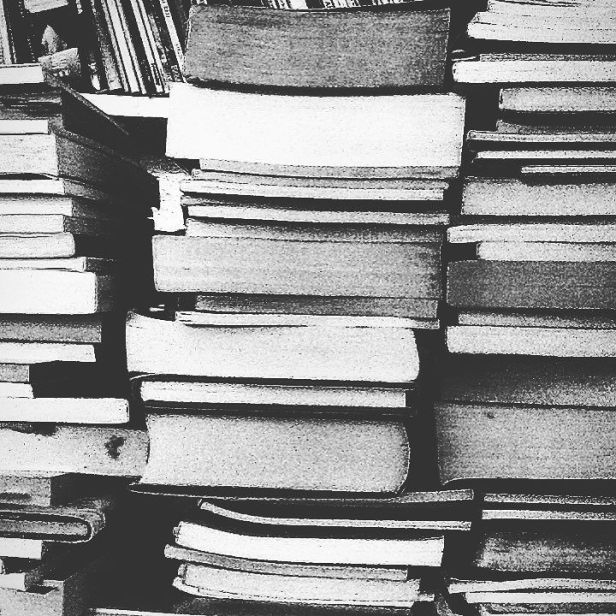 Made of orange card, it’s an outline of my son’s hand. Comprising two sections, one his tiny, spread fingers, the other a slender rectangle of the same coloured card, attached back and front with sticky tape. I know it is of my son because it has his name on the back of his thumb, written by one of the day care nursery workers who used to look after him. And I know it was intended for me because, the word ‘DaD’ has been written in faltering pencil, followed by a smiley face (these days he would say emoticon), followed by a repeat inscription ‘for DaD’. Years later he told me that he would often add things in his writing at school, ‘just to fill up the space’. I wonder if this same instinct began much earlier in his life, satisfying the twin impulses of every schoolchild, to relieve his boredom and somehow make his teacher happy at the same time. I imagine it was a craft activity in preparation for Father’s Day.

The more I look at it the more it looks less like an item of nursery school craft, but rather one from his Reception class, in the big school as he once called it. I base this judgement on the size of the hand, a rough guess as I don’t know how large a four-year-old’s hand should be. It is of his right hand, which must have been the one he slapped onto the sheet of card for his teacher or her teaching assistant to draw round. Not in a million years do I think he drew or cut round his fingers himself. On closer inspection it may have come from a template of a hand, used for the whole class. Perhaps there was no drawing round the fingers, or tongue-followed cutting out with blunt scissors. I will never know. His fingers do seem extraordinarily uniform. A perfect, orange-card hand, which he then attacked with felt tips. Each of the four fingers is covered in strong lines of lime green. The energy with which he applied himself can still be seen in the density of the ink he left behind, most concentrated, as he probably was, in the little and ring fingers. You can see the frenzy lessening on the middle finger, which seems almost blotchy. By the time he reached the index he was able (or bothered) to carve only a few staccato lines. On none of the fingers is there an attempt to colour in the fingernails, though he did leave them mostly blank, as though foxed by the option of representing them realistically. The thumb and most of the palm are filled with a swirl of bright, pinkish red, most enthusiastically on the palm area directly below the index finger. The thumb itself gets a few cursory lines. In a darker blue pen he has tried to write the beginning of his name, though I only make this deduction from the large blue ‘S’ which spans the neck of the palm outline where it meets the start of his wrist. These are followed by two strange, Miro-like tadpole shapes, one of them much larger than the other, right in the centre of the palm, and a smaller, cuneiformesque capital ‘L’ with an extended tail.

For a long time I kept it in a desk drawer, too precious to use, along with other objects in my museum of parenthood: my daughter’s first shoe, which, for a present, my wife had dipped into a thick solution of bronze glitter to make it rigid and appear copperized; the plastic bracelets the kids wore in hospital right after being born; a clay pot; a navy felt purse, also decorated with sequins, about the size of a credit card; a camembert box encrusted with plastic jewels, itself now a kind of reliquary for other homemade objects they gave me and which I cannot bear to throw out.

Consequently, I owned it for years before really apprehending that it was there. Though it now passes between my fingers on each and every day, I cannot promise that the same was always the case. My first memory of it isn’t even being given it by son. It is discovering it in my desk-drawer-museum in the months after I was told by my consultant that I was now in remission from cancer. On the recommendation of a friend I was doing my best to read Elisabeth Kübler-Ross’s Life Lessons, her classic meditation on grief and mortality. (I say ‘doing my best’ because, thanks to what my consultant called the ‘double whammy’ of chemo followed by radiotherapy, my concentration was shot. Susan Sontag called it ‘chemobrain’: it’s a thing.) I still don’t know if I got past Denial and Anger to finally reach Acceptance, but I do know I never finished it. And there my bookmark stayed for another couple of years while life and work and other less special bookmarks took over.

I also know that when I came to one day and remembered having left it there it had vanished. A hunt ensued, first in a sweat-filled panic, my eyes brimming, as I ransacked the shelves, defeated, followed by sporadic raids on the spines of my youth and early marriage, as though I might trick the bookmark into materialising  between the pages of Orwell’s essays, or Mrs Dalloway, where I absolutely knew it had never been. This went on for several years, until I found it in another unfinished tome of non-fiction about the history of money. I vowed never to let it out of my sight. As they say, a fat chance. Swapping offices with my wife last summer it went missing again. I did my best to recall Kübler-Ross’s advice and practice the acceptance I was, like my bookmark, so badly missing. As my poet friends would say the universe must have heard me, for not long afterwards it appeared at the bottom of a very important pile of bank statements I had been keeping in a casual pile on top of a filing cabinet. At the moment it sits nude, on my bedside table, in a state of between-books, like its owner. The thumb and middle fingernails have been bent over from repeated creasings. The others look decidedly frayed. I turn it over and wonder how much longer I will have it. And only then do I notice, in the centre of the reverse side palm, just to the right of the sticky tape, my son’s deliberate pencil X, just down from his name.