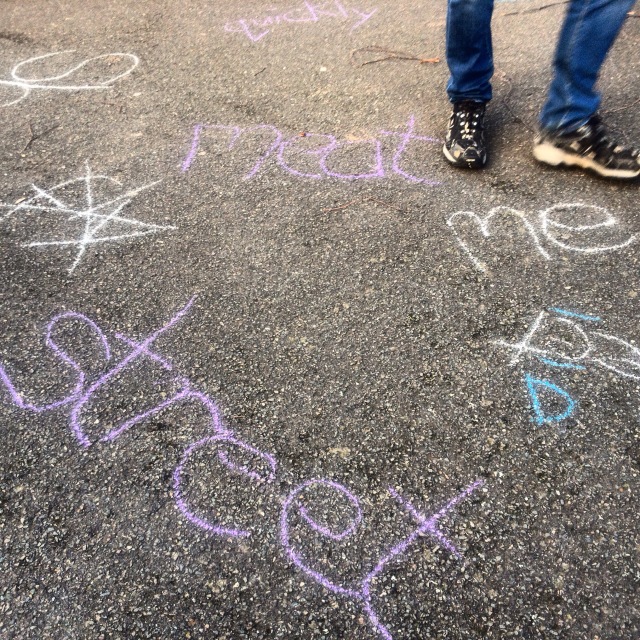 I know I am hardly the first to draw parallels between running and writing.

But, for what it is worth, here is what I am learning, like everything I can call my own, very much the hard way.

Starting is the worst bit. I have learned only late in my life that I am a tremendous faffer. Keys? Check. Wallet? Check. Mobile phone with the running app on? Check. Hang on, I don’t need my wallet. I’m not going out for ice cream. But I do need my gloves. My luminous gloves. Where did I leave them? ‘Has anyone seen my gloves?’ I call out, into the empty house. My writing can be like this too. I think I shall just sharpen my pencils. Even if I am not using pencils. Or refill all my fountain pens. Or go on Amazon for a bit. Look, here is this amazing website about giant squid! Like running, the worst bit is starting. The enemy is not my childhood, nor the masters at school, nor my ‘demons’. It is succumbing to the lie that what I write is no good to anybody, so just another delay won’t hurt anyone, right? What Steven Pressfield calls Resistance. Which is always there and will never go away, so may as well be accepted. ‘Begin before you are ready,’ he says. Luckily, I took this advice as I began running again. There is no way I am ‘ready’. I haven’t done it in years. But I did leave the house. A word after a word. I began.

There is no summit. I once heard the explorer Ranulph Fiennes say this about climbing Everest. There is no summit. Just the next step. And the one after that. The summit only appears when it is the next step after the one before it. Until then, it doesn’t exist. It is the goal, but it doesn’t exist. Because too much thinking about pressing send to the publisher or T.S. Eliot ringing you up in his lunch break to ask if you could send over some poems only leads to madness. There is no end. Just this bit, through the fog, past the bridge. Not even past the bridge. Up to the bridge will do. We can talk about after the bridge once we are at the bridge. But not until then. This next bit is all I need to concentrate on.

No one is watching. Not even the dog walkers.

By the same token, no one cares if you do not do it.

It does not get easier. Today was a good day. I smashed my PB. But yesterday I spent the whole day close to tears and wrote barely a word. Had the same thing for breakfast, drank the same amount of coffee, sharpened the same pencils. (Maybe it’s not about magic, after all…) So I threw in the towel and went running, during which the answer came to me and it was all I could do not to dictate the solution into my phone as I scrambled home.

It does not get easier. But I do know where the tough bits are. I don’t go round them, I go through them, with awareness, with my eyes open, aware that I am aware.

I run in the cracks. (I am writing this in a crack.)

Starting is the worst bit. (I only feel great afterwards.) It is never as bad out as it looks.

I will never be ready.