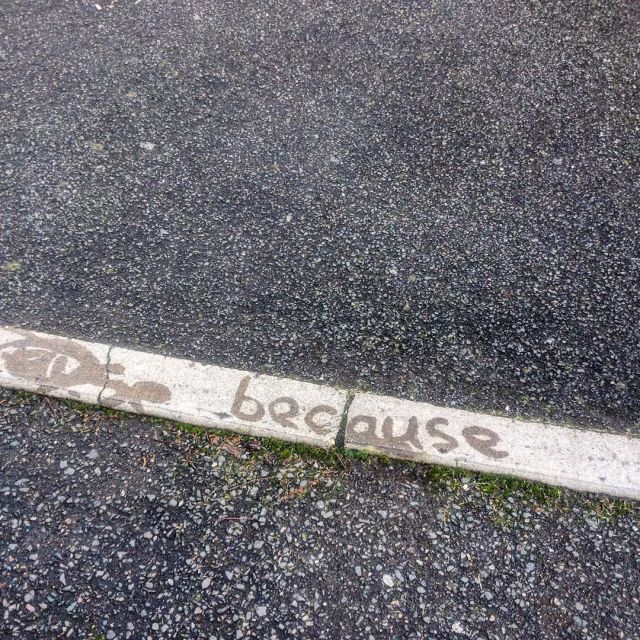 The book has its feet up on my desk; a large pot of coffee is on the coffee table. A fire has also been lit.

‘You think I don’t know where you keep the spare key?’ The book puts down its book and offers me a cup of coffee. ‘So, down to business, I think,’ the book says, rubbing its hands.

‘Look, its nothing personal, but it’s been a fantastically long day. Week in fact. Month, really. So in the nicest possible way, couldn’t you just disappear for a bit, and we could get back to this in the new year?’

‘But that would mean-‘

The book regards me for a moment, then takes a very long slurp of coffee. ‘Nice fire,’ it says. ‘I do like a fire. I thought you’d be grateful.’

‘May I ask what else you were planning on doing?’

‘You know,’ the book says, picking its nose, ‘you are very old for these games. Too old.’ The book regards me for a second. ‘We both know. And we both know you want to do one. You always do one. You know you do. People look forward to it.’

There is a silence.

There is another silence.

‘I could just sit and take notes in the darkness while you muttered with your eyes closed?’ the book says. ‘With a large whisky?’

‘Is that all this is to you?’ I say. ‘Unconscious dredging of material while you ‘make notes’?’

‘Something like that,’ the book says, without flinching. ‘Shall we start? Tell me about January.’

‘That’s usually how it works.’

‘I can’t remember. I can never remember January. I can barely remember yesterday.’

‘But what were you reading?’

‘But you hate gardening.’

‘Hanging out with Ann and Dave down in Cornwall. Marvellous. Phil Bowen was there. On great form, actually. Molly, Damian, even Fiona. The whole gang. You would love them. April was great.’

‘If I may permit a question at this point?’ the book says. ‘Do you think of this, this business, primarily as a social thing?’

‘If I may say so, you are starting to make some sense. Yes, I do, as it happens. Think of Dorothy and William Wordsworth. The New York School. Ted Hughes and Sylvia Plath. Social universes, all of them. The push and pull of matter interacting. Even Auden had secretaries.’

‘Careful, or you’ll make me laugh.’

The book looks at me, then get up to fiddle with the fire for a moment. I watch it as it dons the gauntlets and opens the wood-burner door. It is so careful in its movements, I find myself thinking. And yet with a grand romanticism of gesture that is not at all precise, so lacking in fear and self-consciousness. I like that in a book, I say to myself.