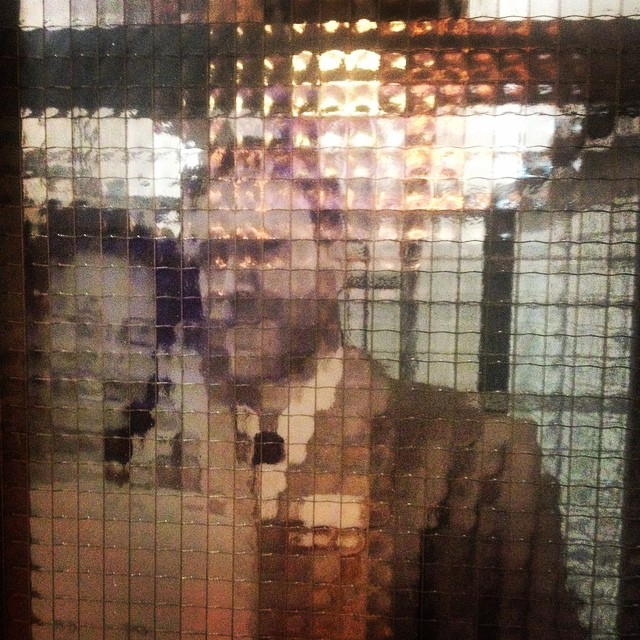 Nine years ago today I was diagnosed with non-Hodgkin’s lymphoma, a cancer of the white blood cells. Even though I have been in remission from my cancer for more than eight years, there is not a day that goes by when I am not aware of its presence in my life. Which is not the same thing as saying that I think about it all the time, or that I worry about it all the time.

It is to say that in mysterious ways I am still coming to terms with I am never not aware of the change that has happened to me as a result of having had (I hardly dare say ‘survived’) cancer, even though I still find it hard to put into words exactly what those changes are. I am not the same person I was before my cancer (how could I be?), but how far those changes have been wrought as a result of the effects of my treatment, and the long and often painful re-entry into ‘normal’ life, I find it hard to quantify.

Which is good practice for a person like me, with my predisposition to look back so much of the time, at the expense of living in the present moment.

In short, I remember my old drama teacher’s advice: I breathe. And that is enough.

Here is my account of my formal diagnosis of cancer, which I wrote as part of the diary I kept at the time, now available in my memoir Love for Now.

My consultant has twinkly eyes behind little steel-rimmed specs, and discretely expensive clothing. Her name is Felicity Carr. I addressed her from the off as Felicity.

I saw her before I met her formally, as they were taking my blood. In the bloods room a woman in a white coat sat in front of a computer next to which sat an enormous machine like an overgrown breadmaker. She poked her head around the door beaming and cradling a blue mug of coffee. ‘You must be my new young gentleman,’ she said. ‘I’ll be seeing you in a minute.’

‘I’m sorry to have to see you like this, under these circumstances,’ she began, ushering us into the chairs behind her broad desk. Her hand moved across to a dictaphone and clicked it to ‘on’. ‘Tell me your story, why you’re here.’

So I told her, eventually running out of words, through nerves, at the bit about my biopsy, as if it isn’t still fresh in my mind. Thank God for Tatty being there.

She is charming, but very direct. The most difficult moment occurred just as Janette, the specialist Haematology nurse, joined us. Felicity turned to explain to her: ‘This is my new young gentleman, Anthony Wilson, he has a high-grade lymphoma.’

This had the effect of moving the conversation on rapidly. She had said it was Non-hodgkin’s Lymphoma, and that, yes, it was a cancer, but that it was highly treatable, with a more than 83% success rate.  Funnily enough, she said, Exeter was a bit of a hot spot for it, with 40-50 cases last year.  I was going to have the opportunity to be part of a trial if I wanted, in my treatment.

‘Because the low-grade or indolent variety are common to people older than yourself and they can last for years.’

‘And you have B-cell, not T-cell, lymphoma, which, let me assure you, is much better.’

‘Good. But it is aggressive?’

‘Yes. Which means – I’m sorry – we are going to need to start treating you straight away. I’m afraid it’s going to be quite tough going for you for a while.’ She blinked, once. By this time I was fiddling with my wedding ring, my default nervous reaction, and I dropped it. And that’s when I felt the urge to cry, except I was trying to pick up my ring while holding eye contact.

I needn’t have worried. Tatty had got there first. There was a lot of searching for tissues, with Janette having to leave us eventually for a box she perched on the corner of the desk in front of her.

‘I’m sorry,’ said Dr Carr. ‘I know this is big stuff for you both to deal with.’

Dr Carr introduced us to my ward doctor, who will oversee my chemotherapy ‘infusions’.  His name is Karl.  He showed us the rooms where I will sit when they wire me up each Wednesday. A long line of men and women sat propped up with pillows and cushions, attached intravenously to drips, reading and doing crosswords and looking for all the world like they were at the hairdressers. I did ask her about the hair, as it was something I knew Shimi would ask later. She blinked again. ‘Yes, you will lose your hair. And there may be other side effects too, but we won’t worry about those for now.’

Karl is tall, skinny and almost shaven-headed. ‘It’s no secret,’ Dr Carr whispered two seconds before introducing him, ‘that Karl has had chemotherapy himself. For Hodgkin’s.  He knows what you’ll be going through.’

‘So you’re Anthony?’ he grinned. ‘And you must be Mrs Anthony.’

He turned to me again. ‘Don’t expect politeness here,’ he smiled, nodding backwards at the room.

‘I’ll bring my Chelsea scarf then.’

‘You and I are not going to get on,’ and he gave me a half-hug, his arm reaching round me, pulling my shoulder into him.

‘Fantastic,’ I said. ‘I wouldn’t want you being nice.’

Unlike many of our friends and family we have restricted ourselves to looking at a single website, lymphoma dot org, the official site of the Lymphoma Association.

You download a PDF file which tells you all the variants of the disease, their symptoms, treatments and side-effects.  I had no idea lymphoma was such a large family.  I lost count of the different varieties, hungry only for information about what the hell was happening to me.

I learned three things. The first, which Dr Carr had also told me, is that no one knows how you get NHL, or where it comes from.  Second, the kind of NHL I have, Diffuse large B-cell lymphoma (DLBCL) is the most common kind, with about 3,000 new cases per year.  Lastly, NHL is a cancer of the white blood cells.  In my case, it is the white blood cells which produce the antibodies which fight off infection.  Both literally and metaphorically, my body has attacked itself. No wonder people reach so easily for the description of cancer as a ‘battle’ which the patient must ‘fight’.

I toyed with finding out the difference between large B-cell lymphoma and large T-cell lymphoma but gave up, my E at ‘O’ level biology coming back to taunt me.  All I need to know, really, is that I’m very ill and that the treatment to make me better is going to make me feel even worse.

Later we watched Bruce Almighty outtakes with Bendy, who is off-school. There’s a deleted scene where Bruce is being shown by God the outcomes of his having said ‘yes’ to the world’s prayers. One lady, on being told she was bankrupt, slipped on some milk in a supermarket, sued and bought a condo in Florida. But God said that if he’d answered the prayer properly she’d have had to swallow her pride and talk to her sister and learn some humility. A boy routinely being bullied at school had his prayer answered and became a wrestling champion then a steroids addict instead of the outstanding poet of his generation. ‘The bullying was his material and you took it away from him. Sometimes,’ he went on, ‘to make a good picture you’ve got to use some dark colours.’

You can order a copy of Love for Now here