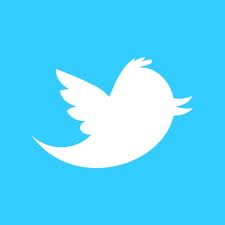 I went to see a play recently, set in the early 20th century, where a man sat in his office with nothing but a pad of paper and a telephone on his desk. I kept being distracted from the plot by this incredible fact. How was it possible to know anything in the days when people worked alone in rooms, with nothing but long-outdated books, a newspaper and a small network of acquaintances to consult? How could people bear the endless frustrating of their curiosity in the era when facts and opinions were so hard to find? How was it possible to manage friendships, dates and work contacts when it was so hard to get to talk to anybody?

I grew up in that earlier time, and even though the techno transformation only began to happen 20 years ago, I can scarcely remember what it felt like. What it has left me with is the grateful sensation that we live in an age of magic. The fact that I can download a novel at three in the morning and be reading it 40 seconds later; the fact that I can exchange instant emails with my brother in Sri Lanka while walking in my local park; the fact that since the advent of Twitter it’s perfectly respectable to sit through any dull meeting being completely diverted by one’s phone.

These transformations have made the world permanently thrilling. When Michael Gove on Wednesday declared an end to “boring” ICT lessons in schools, he emphasised the need to embed technology’s uniquely collaborative and constantly self-renewing formula through every subject on the curriculum.

The shock of the new is available everywhere, all the time; websites, texts, emails, and the brilliant, absorbing complexity of Twitter. And it’s not only schoolchildren who need help to manage and build upon this disparate and often contradictory information avalanche. It’s like living in a sweetshop and being allowed to eat all the Mars bars whenever you please.

A few weeks ago, though, I began to behave like a sugar junkie, unable to resist the next high. I was in a permanently nervous, restless state, forever checking my phone or computer, never stopping to read a book or even watch a whole television programme. I was too hooked on the possibility of some excitement about to be revealed – be that a politician’s Twitter blurt or the latest from Leveson – to settle to anything demanding sustained concentration. But I was no longer enjoying it. Instead I was beginning to feel inadequate, and overwhelmed by the immensity of everything there was to know. Even Twitter, once a great joy, began to seem like a cacophony of voices shouting at me. It seemed I was the only person in the world who wasn’t simultaneously criticisingPaul Krugman’s columns, making witty comments about The X Factor and Newsnight, going to parties at Buckingham Palace and filing reports on the misery of being unemployed.

I wanted to stop feeling wired, but didn’t know how. My job meant I couldn’t afford to switch off. But this was no way to be. How were other people managing it? Towards the end of last year, a survey of 1,300 managers reported that half felt more stressed than 10 years ago, with two-thirds saying their workloads had increased, and almost a third wishing the BlackBerry had never been invented. My unscientific poll of people I came across showed that many were struggling to handle the ever-connected, on-show world.

A new graduate who has grown up displaying her life online says she and her friends are desperately conscious that they are their own brands, and fear the consequences of getting their messages wrong. There’s nothing casual or light-hearted about the composition of their posts or tweets. A well-regarded novelist under pressure from her publishers to up her profile detests posting; she doesn’t feel at home in this medium and doesn’t know what to say.

This isn’t just the phenomenon nicknamed Fomo last year for “fear of missing out”. For many of us it’s about not allowing the new, noisy world to create a permanent sense of anxiety and inadequacy. That requires creating a distance from it.

Julia Hobsbawm, who runs the networking business eI, says embracing technology means learning to unembrace it too. Public performance requires a degree of narcissism and a big ego; it doesn’t suit everyone and no one should feel compelled to do it. All of us need to switch it off sometimes, so that we don’t mentally overheat. Rather like the slow food movement, we need a change in the rhythm of how we consume. She now observes a “techno Shabbat” where she doesn’t do anything online from Friday evening to Saturday night.

I detoxed entirely when I went to see my mother in Africa for a week, and neither my phone nor her computer could connect to any networks. I read six novels. I woke up every day feeling calm. I came back remembering what it was like to fully engage in one’s own life, or fully disappear into a fictional one, rather than to be constantly interrupting mine or eavesdropping on everyone else’s. Like so many of us, I’m still an addict, but I’m learning to handle the craving for highs.