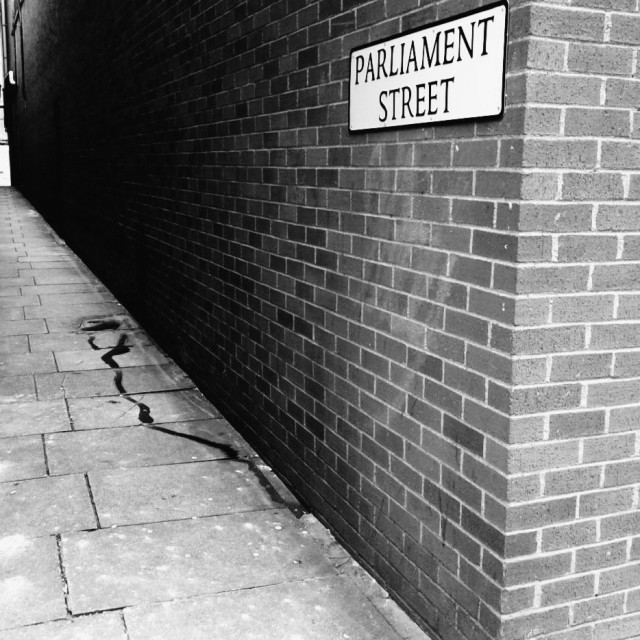 and I think of bagpipes
refrigerators
aeroplanes
I think of bees
a male bee in a colony of bees
which does no work
but can fertilise the queen
the news left on, nobody listening
at a party I was cornered in a kitchen
by someone saying teacher, engineer, doctor
someone saying terrorist
the radio is saying people
at a market, buying flour and diesel
coming home for lunch on a mountain path
steady, deep humming
an indolent person, an idler
pass away, drag out (life, time)
someone said bagpipes, someone said bees
a table, soup trembling, windowpanes spilling
a pilotless missile
directed by remote control

I first read You say “drone” on the Poems in Which website, Issue 4 (2013). What struck me then, and still amazes me now, is its controlled fury while retaining its central identity as a made artefact, with layers, subtleties, and allusions, all of the things which separate art from propaganda. How appropriate, for a poem that skewers the ‘drone’ of 24/7 ‘news left on’ to which ‘nobody’ listens, to draw our attention to the way in which words are used, in plain sight as it were (‘pass away, drag out‘), to obfuscate and deflect from horrors we would rather not look at. I have wanted to write about it for at least a year. Each time I readied myself to confront its truth (about the world, our media, about me, about how I use language) it seemed another atrocity occurred: Gaza, Paris, Paris again, Brussels, Lahore, Orlando, Istanbul. I’m tempted to call it prophetic.

That feeling is only intensified as I read it again this morning. A bomb has killed 36 people and injured hundreds more in an airport my son flew home from only ten days ago. Using it to visit him with my family less than three months ago, we remarked how safe it felt, with its X-ray machines right at the entrance, before we even entered the building.

‘You say “drone”‘ avers that no one is safe any more, not the people wielding the ‘remote control’, ‘pilotless’ missiles, not those us of ‘cornered in a kitchen’ listening to someone droning on about terrorism, and certainly not those ‘at a market, buying flour and diesel’ or ‘coming home on a mountain path’. Without ever using words which have become meaningless, but which nevertheless forge the discourse that surrounds us (‘pre-emptive’, ‘collateral damage’, ‘surgical strike’) the poem implies that we really might be all in this together, in the sense that none of us come out as winners. In the so-called post-truth political era we are now living in, it is more prescient than ever.

With thanks to Josephine Corcoran.