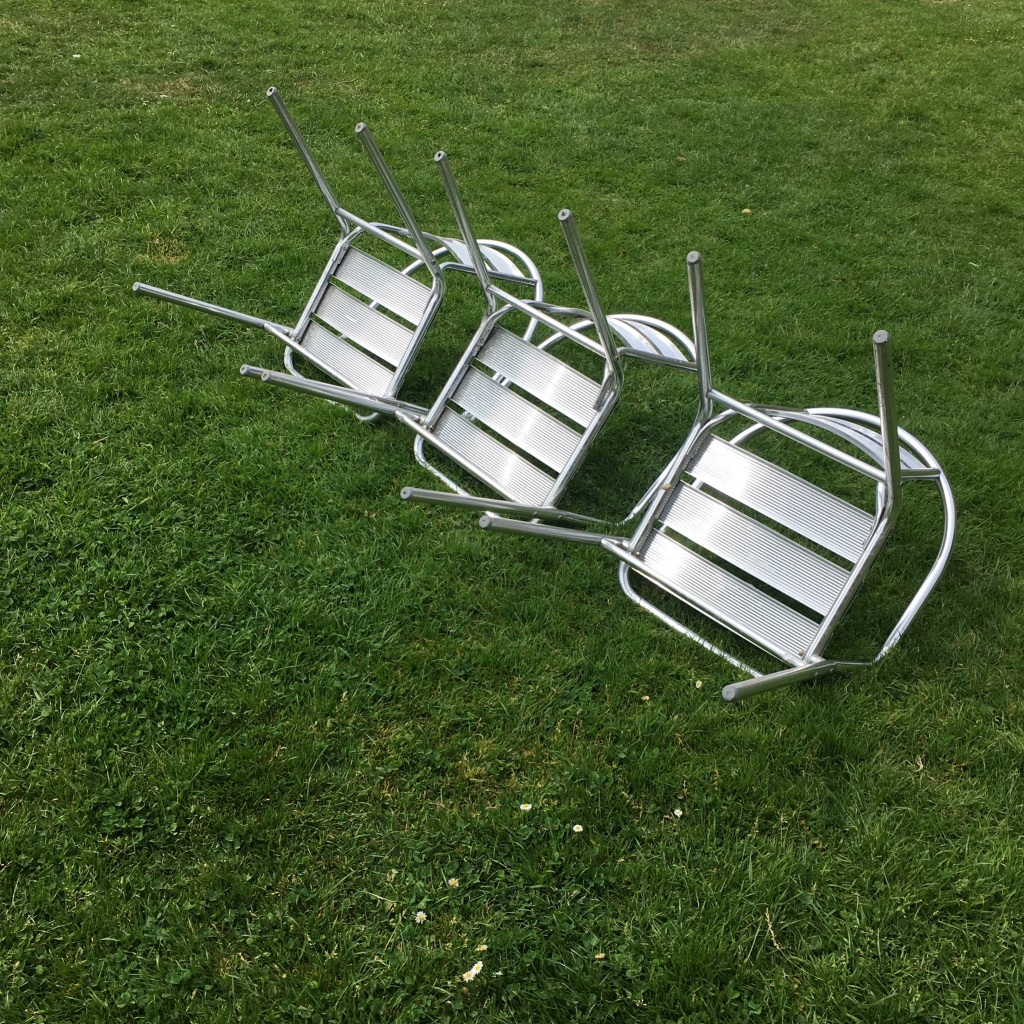 I came across Hubert Moore’s fantastic book of poems The Hearing Room (Shoetstring, 2006) via my friend and neighbour Lawrence Sail.

In the autumn of 2006, in the period between the end of my chemo and radiotherapy treatments for cancer and my return to work, I used to go round to Lawrence’s house for coffee once a week where we would sit and mull on whatever came into mind: poetry, art, writing, childhood and of course, the body. It was the best kind of conversation and healing: unprogrammatic, non-linear, sometimes with false starts, but shot through with generosity and nurture.

Looking back at our chats from this distance I imagine Lawrence must have thought I had shell-shock. On more than one occasion I would try to reply to him only to trail off into bizarre non-sequiturs or silence…

As always with Lawrence there was learning (and for free!) in the shape of quotes and anecdotes from the amazing library of his mind. There were also book recommendations, hundreds of them. I should have kept a notebook, but to my shame I did not. (In my defence I was in no state to write anything down).

But Lawrence did keep mentioning one writer in particular, someone whose work I did not know. ‘You must read Hubert Moore. He’s a fantastic poet and no one’s heard of him. He’s written this marvellous book of poems all about being at deep third man.’

As I have written before, poetry exhaustion is not a welcome state of mind in the life of any poet. Sometimes it is self-inflicted. Sometimes the causes come from outside, as I was experiencing right then in my grief-shock.

But something Lawrence said, and the way he said, it caused a murmur of interest in the numb recesses of my mind. Perhaps he knew I was a sucker for cricket-related literature. Perhaps it was his mention of Hubert Moore’s interest in working with victims of torture. To make sure he would know I understood him, and because he is unfailingly generous, he gave me the book for Christmas.

If you do not own The Hearing Room you really do need to get hold of a copy. There are poems which relay the voices and experiences of those who have been tortured; and there are poems (three of them: yes!) about being at deep third man. But really the book is a hymn to humanity and to love. It is a book of grief and silence. On each page there is a profound sense of how far words will take you, and how far they will not. To call it beautiful is to make it sound pretty, because much of it is not. It is a seriously beautiful book.

So Lawrence handed me this book at Christmas 2006. As the days began to grow lighter I began reading it. To borrow from the title of one of Lawrence’s own books, I began to feel poetry and the world returning to me.

(poem for a retired wicket-keeper)

That leg-side stumping of yours
hangs safe in the memory
(if not of the man you stumped).

maths teacher, who would never
leap to conclusions nearly
as quick as yours,

but kept to a length, I guess,
and showed his workings, how he got
wherever he got,

then went to deep third man.