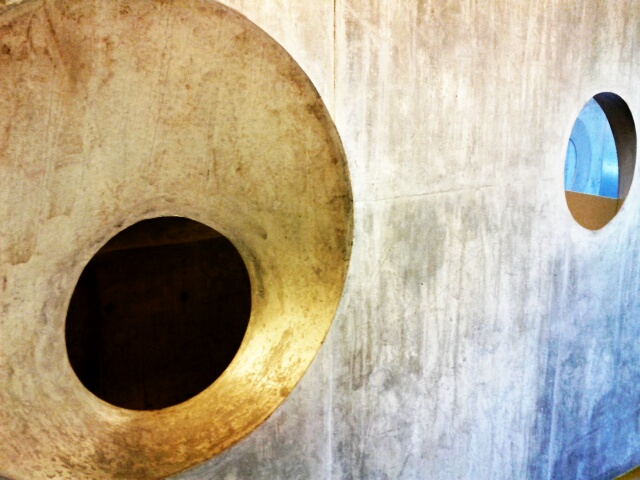 I have just come back from a holiday in the Scottish Borders, the ‘debatable lands’ around Hawick, Kelso and Galashiels. It is an area I have been returning to with my family for many years.  It is a beautiful part of the world, rolling farmland giving way to wild moorland.

The first summer I spent there I did a lot of driving alone, ferrying friends and relatives from stations, none of which were reachable in under an hour and a half. This gave me time to listen to my own selection of tapes in the car, which under normal circumstances I would never risk in company. Most prized of these, and the one I most associate with that lonely stretch of the A7 between Teviothead and Langholm, is Ian McMillan’s Selected Poems, which is still available from The Poetry Business here.

As Peter Sansom has said about Ted Hughes, until you have heard his voice, you are getting only two-thirds of him. This is how I feel about Ian McMillan. I had been enjoying his Selected Poems for a month or two, but it was not until I listened to the tape of him reading and introducing his poems that I fully comprehended what he was up to. Several of his phrases have ended up in my own private poetry-language: ‘twist and reek’, ‘night’s a dozen eggs’, ‘laughing like they laugh on radio plays’, ‘they hate poetry!’. Some of the titles of his poems dare you not to read them: ‘The Red Indian Rugby Team “Strange Names XV” Land on a Lonely Irish Beach’; ‘Some Poetry Presses I Will Certainly Set Up in the next Three Weeks’; ‘Just the Facts, Just the’. Anyone who can describe Geoff Hattersley as ‘Ezra Pound to my T.S. Eliot’ is worth listening to and learning from.

Peter Sansom has written that McMillan’s ‘The Meaning of Life’ might actually be about what it says it is, and that he realised this some ten years after first reading the poem.  He also suggests that ‘On the Impossibility of Staying Alive’ could be titled ‘Mortality’, only that it would be much less interesting if it were. I am inclined to agree with this. On the one hand the poem is about Obviously Poetic Themes: ‘God’, ‘the moon’, ‘imagination’, ‘self-knowledge’, aging and science. These are balanced with mentions of Not Obviously Poetic Material such as the hamlet ‘Czrcbrno’, sideboards and ‘incontinence pants’.

However, I do not think this is an exercise in irony or faux-surreal juxtapositioning. I think the terror of aging and death suffuse every syllable of this poem. I think McMillan has seen and felt enough of this world to know that death comes to most of us not as a romantic episode: it is literally is ‘terrible to pronounce’. This is why, just when the poem appears to relax into recognisably ‘poetic’ statements, it immediately undercuts itself: ‘This moon sometimes whispers/and you never heard such rubbish’. It takes both nerve and confidence to make such claims on the way to persuading us, in the poem’s musical and unprovable final line, of the resilience of the human spirit, hinted at in the ‘generations’ of scientists in their dogged quest for discovery and illumination.

On the Impossibility of Staying Alive

They have found a new moon;

it stands on my shoulder.

They call it moon because

I call it moon because

I lack all conviction.

It has another name,

is terrible to pronounce.

It is terrible to pronounce

in the Balkans. The moon

calls itself moon because

and you never heard such rubbish.

I listen because I lack strength,

I smile because I have no muscles

with which to frown. At certain times

of the day, the moon hides.

When I am an old man

with flour in my beard, and

on the sideboard, the moon

will still be new, and will be

by generations of scientists.

The moon is not a nice man.